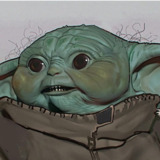 @bisonhero: it had a pretty big marketing push in the middle of January where most major video game publication (IGN, RPS, Gamespot, Digital Trends) ran a preview on the game after playing some hours of it. I watched several videos on it and this is just now the first I'm hearing about these ties to the Russian government.

I did originally think the gameplay looked fun, but this news is definitely something to keep an eye on.

Went back in and finished this last night. I, too, realized I did not pay attention to the story at all when you're introduced to that guy in the attic. This was just an easy collectible game for me, where everything I did gave me some sort of dopamine hit.

And I did almost everything in the game. Missed 3 tinykins on the kitchen level, and 13 on the kids bedroom at the end, but got everything else. Part of me wants to go find those final kin, but without an easy way to know where they would even be, I probably won't.

Thanks for sharing this information. I've been watching his Sunday shows recently to make up for the lack of Pit on the site and kept forgetting to ask the chat there if they knew anything.

Thanks for this write up. Honestly, the only thing keeping me from reinstalling is the massive file size. But with limited time to game nowadays, I have to ask, can you save and exit at all mid mission? Like, not to save scum but to just go do something else. I figure you can at least save when you're at the base between missions.

This is a huge bummer. Rumbleverse was one of the only Battle Royales that I could hold my own in, but also that I was never that upset about when I lost. It's also one of the only games that I've bothered saving clips from. I'm glad I'll have those memories, but the fact that it didn't even get a year to grow is just depressing.

Unfortunately, I did not finish this game like I had planned to this weekend. I am on the kitchen level, and loving the gameplay of it, but the sneak launch of Hi Fi RUSH took over my weekend and I played several hours of that instead.

But I really like Tinykin. As an avid fan of these collectathon platformers, I fell in love with it almost immediately. It does such a good job of constantly leading you to its collectibles or breadcrumbing you around each self-contained room. The puzzles haven't been overly complicated or obtuse, and I only rarely haven't had the tools needed to solve something right then and there.

I think the reason I haven't completed it is because I wouldn't move on from a zone unless I found everything in it. So some levels I beat easily in one sitting, and others I spent 45 minutes looking for the final 3 pollen bits I missed. If only there had been a way to highlight the collectibles you are missing (or at least which region they are in) to speed up that process, because, yeah, the final bits can be a real pain.

All in all, this gets a solid 4/5 from me unless the final level and a half introduces some wild mechanic like a boss fight that doesn't make any sense or something.

@bigsocrates: this is the most important information on this thread. Cannot wait to go buy timesplitters when I get home.

I've been playing through perfect dark the last few weeks, so jumping from that to Goldeneye has really just confirmed that I find perfect dark to be a better game in every aspect. It's cool that Goldeneye has online on the Switch, but it's a bummer they couldn't make something similar work on Xbox. Without online, this just doesn't seem like it will get the same response. Like most have stated, it's nice from a game preservation standpoint, but not as big of a deal as it would have been five-ten years ago.

I'm pretty awful at finishing games, but I've stopped beating myself up over it. Most recently, I was playing High on Life and got to the 3 Brother's boss fight before realizing I just wasn't enjoying playing the game. I uninstalled it right then and didn't look back. There are just too many games out there to play that I don't feel like it's worth spending the little time I have playing ones I don't find fun. Sticking through something I'm not enjoying makes my hobby feel more like a chore.

This past year I started to dive deeper into this mentality to see why I stop playing games and I realized that I was spending so much time doing side content that I just kinda lost the thread on what the game actually is, especially in open world games. So I'm trying to be more focused on mainlining the story and saving the side stuff for later, if I want to keep playing a game after "completion."