by Brad Shoemaker on November 14, 2013
Share:TwitterFacebookReddit

Resogun might be the best PlayStation 4 exclusive so far. It's certainly a must-download for new owners of the console.

Housemarque clearly still believes in the futuristic-retro-action-neon-light-show launch-game strategy that served them so well with Super Stardust HD years ago on the PlayStation 3. Now they're back at the dawn of the PS4 with Resogun, which is to Defender what Stardust HD was to Asteroids. And just like Stardust HD, Resogun is a game you'd be crazy not to install on your new console the day you get it, unless super-fast twin-stick shooters with pounding beats and a hell of bullets just make you sick or something.

If you remember much about the way Defender works, Resogun is basically that, with a few extra mechanics layered on there. Each of the five levels has 10 stranded electro-pixel people that you want to save and deliver to a drop-off point before they die in their glowing jail cells. You free the humans by killing all of a set of enemy "keepers" that occasionally spawn somewhere in the level. If you miss the keepers before they fly out the top of the map, the associated human dies, and you miss the chance for the score and power-up they would have provided if you'd saved them. The biggest catch with the keepers is that they'll often spawn clear on the other side of the level, so if the robo-announcer lady happens to mention that some new keepers have shown up and you can't see them, it's a mad dash around the map to figure out where they are before you miss your chance.

Of course, all of this is going on in the midst of about a zillion other enemies trying to destroy you at all times, but you've got some effective tools to fight them off. There's a crucial ability to boost, which lets you invincibly fly through enemies and bullets and then creates a little area-of-effect explosion at the end. The boost charges back up quickly, which is a good thing, since it's your most important way to not only get out of a tight spot but also haul yourself to where a human needs saving before they die. You build up a separate overdrive meter by killing enemies that lets you go into a slow-mo state and gives you a massive energy beam that ruins everything around you and racks up combo points. And then there's a map-clearing smart bomb, which no dual-joystick shooter should be without. You can sometimes pick up more of those by dropping off enough humans.

There's kind of a push-and-pull dynamic in each level that I found myself really enjoying as I got deeper into the game. Shooting regular enemies increases your basic score multiplier, so you want to be shooting enemies constantly. But you have to weigh the importance of maintaining your multiplier, which resets itself very quickly, against staying on your toes to keep up with the keepers and save all the humans in a level. You don't have to save everyone to progress--once you've killed enough enemies, you fight a boss and move on--but it certainly behooves your weapon upgrades and final score. And make no mistake, this is a score game. There's a decent amount of variability in the way you play Resogun since there are three ships that are stronger and weaker in areas like speed, boost, and overdrive, so you can mix and match from level to level to see what play style works best where. But with only five levels that feature preset enemy distributions on a given difficulty, there's only so much reason to keep playing the game if you aren't the kind of person who likes to go for higher scores and obsess over leaderboards. If you are that kind of person, you'll stick with the game for a while.

Even if you only want to play through the five levels once--which might take you a while on anything but the easiest difficulty level, because the game is no joke later on--the spectacle alone is easily worth showing up for. Resogun features the highest concentration of neon particle effects and shimmering voxel showers you're going to find this season, and the soundtrack's tempo is perfectly timed to the action. It's also got the best retro-future arcade sound effects and post-processed robot voices I've heard in a long, long time. The game is a real audio-visual treat, even if it might make you want to go lie down after a while.

Resogun probably owes its existence largely to Our Father of Holy Dual-Joystick Launch Games Geometry Wars, and I'm glad Housemarque is keeping that tradition going. Every suped-up new console should launch with a game like this. It's no happy accident that Resogun is going to be available free to PlayStation Plus members for a while, and since every PS4 ships with a free Plus trial in the box, the game is effectively free for the month-long trial to anyone who buys the system around launch. It's a little hard to wrap your head around the idea that what's arguably the best exclusive game on the PS4 so far is sort of a pack-in freebie, but even at the normal $15 asking price, Resogun would be an easy download to recommend. 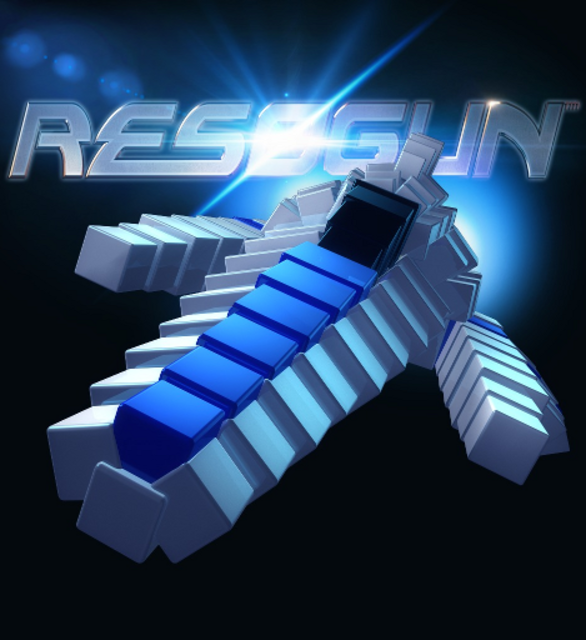