Hello and welcome to the latest edition of the Giant Bomb Community Spotlight and I, @zombiepie, am once again honored to be your host this week as we draw ever so close to the holidays! Even scarier is the looming specter of Giant Bomb's onslaught of Game of the Year content. Luckily for all involved, the staff recently wrapped up their last GOTY podcast roundtable. Only time will tell which games came out on top! In case you were wondering, next week will mark the first time I provide a dedicated section for user-created Game of the Year lists and blogs. With that out of the way, we just have a few reminders this week about the site worth reviewing.

The front page image for this week's UPF on @giantbomb reminded me I made this thing way back in 2009. pic.twitter.com/VD4Zm4Mvgg

Many thanks to Rorie for creating a community discord for everything related to Path of Exile! Even if you missed the Co-Op Community Corner, give it a shot if you need help getting out of a bind in the game.

Speaking of Path of Exile, our unofficial community has updated itself in response to the game's slew of improvements and expansions! Check it out if you still have not joined the fun!

LentFilms uses their exhaustive blog on the history of Japanese visual novels to justify why they think Ace Attorney is NOT a Visual Novel. Give it a read and be amazed by their research.

I Made An iOs Shortcut So You Can Ask Siri What The Latest Giant Bomb Videos Are... (By: @hamst3r)

The title really says it all! Hamst3r created an iOS shortcut that allows you to use Siri to know what the latest videos by Giant Bomb may be. Download the shortcut, and share any improvements you can think of.

MajorMitch is back with a new edition of their "Gaming Memories" blog series! This episode is all about Elite Beat Agents! Join them in reminiscing about portable rhythm game.

Reviewing the Music of Super Smash Bros. (By: @jeremyf)

JeremyF is back to blogging and uses the release of Super Smash Bros. Ultimate as a segue to discuss why they think the Smash Bros. franchise has criminally underrated and underappreciated music!

This week moderator Gamer_152 introspectively wrote about family and compromise in Kent Hudson's 2013 wonderful and haunting narrative experience, The Novelist.

Calling all Super Smash Bros. Ultimate players! What are your first impressions of the game? Have you been enjoying the single-player and multiplayer modes? Use the link above to join our community impressions sharing thread!

Is Super Smash Bros. Ultimate Worth It If I’m Going To Mostly Play Singleplayer? (By: @pompouspizza)

A lot of reviewers are trumping up Super Smash Bros. Ultimate's multiplayer features, but is the game still a "must have" is you only intend to play it locally or single-player?

Are any of you excited for Obsidian's The Outer Worlds? Some are calling it a "spiritual successor" to Fallout: New Vegas, but does that make expectations too high?

Counter-Strike Is Launching A Battle Royale, Goes F2P (By: @rorie)

Counter-Strike: GO is adding a Battle Royale mode and going F2P! Will this draw you back into the game? Is the field of multiplayer-focused first-person shooters too crowded?

The Fallout 76 Saga Somehow Gets Worse: Support Ticket Information Being Exposed To Other Players Including Addresses (By: @demoskinos)

Reports are saying Fallout 76's support system tickets exposed personal information to other players. What do you think are Bethesda's next steps, and were you impacted?

What is your gut-reaction to Epic Games launching a new storefront? Is it doomed to fail, or is it a wonderful opportunity for indie developers? Share your two-cents' worth using the link above.

What's The Last Game That Made You Wish You Played It Sooner? (By: @liquiddragon)

Here's a fun discussion topic for everyone to join! What's the last game that made you wish you played it sooner? Is it a multiplayer-focused game or a classic you only recently played?

Calling all Destiny 2 players! Do any of you have reactions to the recently announced Black Armory DLC and Annual Pass? If so, join our community discussion RIGHT NOW!

In an idea almost from the mind of Dan, Giant Bomb user Splitterguy is working on a "scientific" ranking of every boss from the Metal Gear franchise from best to worst.

remilia_seven_fangs created a list annotating their ten favorite visual novels. Even if you are not a fan of the genre, check out their list as they wrote an ACTUAL ESSAY for each game! 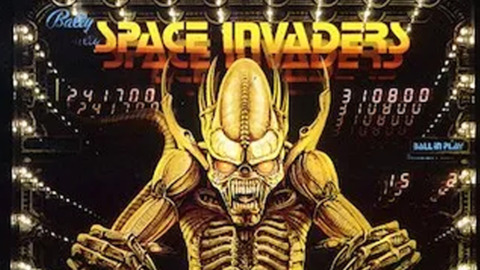 We've got a full house today as we try and explain Deathloop, Tales of Arise, befriend sentient dice in Lost in Random, as well as recapping Sony's PlayStation event, and valuable bidet discourse!

The Switch debut of Nintendo's flagship fighting game series brings together every character from the series' history, bringing the roster to over 70 fighters.