Halo 4 is a satisfying and entertaining shooter, even if it's not blazing trails unlike it's predecessors

Back in 2007 Call of Duty 4 changed the landscape of the first person shooter and effectively threw a wrench in Halo’s domination of the genre on consoles. It introduced exciting and interesting new gameplay innovations like killstreaks and perks and pretty much made custom loadouts and sprinting a standard. Call of Duty stood as a pub of a different gameplay style for those not as keen on the thrill of piling into a warthog for a flag cap or fierce battles over controlling power weapon spawn locations.

Fastforward to 2012 and Call of Duty’s signature hooks, the constant ranking up and unlocks and it’s gameplay philosophies have not just spilled over into other games, to many it’s become downright mundane. Halo 3 and to a lesser extent, Halo: Reach became bastions. One of the few main stream console shooters that hadn’t been influenced by the CoD craze.

Unfortunately, it appears 343 industries didn’t get the memo.

Halo 4’s campaign takes place five years after Halo 3, the Forward Unto Dawn is in orbit of a mysterious Forerunner planet, and in it a new foe with a brand new faction of enemies for the Master Chief and Cortana to face off against.

Despite this exciting premise ripe with potential Halo 4 feels very much like something you would expect from a Halo campaign. Most of the new Promethean foes you encounter don’t act too much unlike the Covenant enemies in previous games.

The main Promethean combatabt that leads them are the Knights, which fill in the same sort of role the Elites did in the majority of the Halo games. The game makes a point to illustrate their superiority to the Covenant’s Elites but it really just boils down to you having to fill them up more with led.

The crawlers fill the same sort of role the Jackals or grunts did, they’re the cannon fodder, but there are variations that fill in specialized rolls such as ones that garnish sniper rifles… in their face. They have guns for faces. And they have the same sort of mobility you would expect of the skirmishers from Halo: Reach, able to quickly traverse the map and perch upon vantage points.

And lastly are the Watchers, acting as support for the other Promethean enemies. They can revive fallen foes, toss back player thrown grenades and provide shielding to it’s allies, so it’s always best to take care of them first.

While fighting the Prometheans isn’t much unlike fighting the covenant The Watchers at least help provide a greater sense of team work and cooperation between the enemy ai that hasn’t been seen before. Unfortunately, the Prometheans don’t provides very new feeling weapons, instead providing weapons that fill in already existing roles. Snipers, the heavy weapon, ect. No surprises.

In terms of structure Halo 4 plays it safe, it’s the standard linear campaign. Like Halo games before it, Halo 4 provides large open spaces often for players to wage combat in giving a little more freedom to fight how you please than Call of Duty, but it’s not a Crysis level of freedom or anything, Something of a middle ground.

With the familiar structure comes the familiar set pieces. You have some tank levels, a vehicle escape sequence, shutting down generators, ect. While it’s all good fun Halo 4 rarely throws you a curve ball.

One aspect of Halo 4 that absolutely does not disappoint is the graphics. Everything just looks fantastic. The animations really help convey a sense of weight to the Master Chief and the guns feel much more powerful thanks in part to some great visual and audio feedback that help make the combat feel more visceral.

Motion capturing, and face motion capturing really help sell the performances along with great voice work; essential to Halo 4’s effort in greater characterization. Halo 4 does a great job convincing you of Cortana’s plight and you’ll feel more sympathetic toward the Master Chief. However, while Halo 4’s villain, the Didact, is imposing enough for the role, it’s unfortunate that 343 didn’t do as well a job at conveying his motivations.

Halo 4’s campaign clocks in about what you’d expect from a Halo campaign. About seven hours and includes the typical bells and whistles. The same four difficulty levels since the first Halo and the same difficulty modifying skulls and campaign scoring system options we’ve had since Halo 3 and of course four player co-op returns as well. It’s all very solid and entertaining, I just feel like it’s a shame there weren’t any big surprises or new break out feature.

Fire Fight is out, which is something I’d usually welcome since, while it was all good fun the whole wave based survival co-op mode has been done to death by now, but instead we got something far worse and it’s really unfortunate since it was full of potential, Spartan Ops.

Spartan Ops Is sorta mini co-op campaign. At least, that was the idea. Instead we got a bunch of missions with haphazard enemy placement, dull objectives ranging from pressing buttons to clearing rooms of bad guys, then clearing the room again, or a combination of the two.

In Spartan Ops there is no sense of satisfaction in conquering foes, there is rarely a failure state, you can keep respawning to your hearts content in most of the missions and it feels like the mission designers took that excuse to just thoughtlessly drop enemies anywhere in hordes.

In the end I only continued through all the missions to see how the disjointed and poorly conveyed plot went. Seriously, no one I know entirely understands what was going on in Spartan Ops. Spartan Ops isn’t completely unenjoyable, there are a handfull of genuinely solid missions, but I honestly don’t feel like it’s worth the time.

As a whole, Halo 4 suffers from the inclusion of Spartan Ops, I’d honestly say Halo 4 would be a better game if Spartan Ops was entirely absent from it.

Whats left is what many refer to as the meat and potatoes of Halo, the competitive multiplayer and this is where we come back to the introduction. While Halo 4’s campaign is content with remaining faithful to what Halo’s campaigns are known for the multiplayer makes some big changes and they aren’t daring, innovative or new, they’re from Call of Duty.

Sprinting is now a base ability all players have. Custom loadouts, perks, killstreaks, they’re all here, albeit under different names. Even some of the controls have been changed to accommodate a more Call of Duty like experience(B to crouch, click the left stick to sprint, d-pad for killstreaks).

This effects how Halo plays. controlling key locations on maps for weapon spawns isn’t as important, for instance, since players can spawn with pretty ideal weapons and weapons drops(one of Halo 4’s killstreak bonuses) can deliver players those weapons right in front of them, In some extreme cases this can grant half the enemy team sniper rifles.

At the same time, thanks to some of the changes like sprinting and more powerful feeling weapons the combat in Halo 4 feels more fast and effective than it has since Halo 2. While the structure of the multiplayer is Call of Duty, a lot of Halo feel is left intact. It still takes more work to kill a Spartan than it does a player in most other shooters, there’s still big maps and vehicles to run other players down with present. And many of the staple Halo game types are present, albeit with some odd omissions like assault and rocket race.

On the bright side Halo 4 launched with thirteen maps on disc, the most any Halo game has seen at launch since the first Halo. There’s also a free ‘Forge Island’ map you can download to boot. I wouldn’t recommend downloading any of the premium map packs, there aren’t enough dedicated playlists for them and what ones there are are sparsely populated.

Halo 4’s multiplayer contains the suite of features you’ve come to expect from Halo, forge, custom games and theater, all rounded with file sharing. Forge sees some improvement such as the snap feature, making it easier than ever to build levels with the precision you’ve always wanted. Theater, however, has seen a downgrade as you can no longer view campaign sessions.

With all the alterations seen in Halo 4 it feels more like an experiment or a spin off rather than a true successor to Halo 3 some times. At best fans might find the multiplayer to be an entertaining novelty to see what a Halo game would feel like with a Call of Duty structure. It’s refreshing to Halo, some what, but to shooter fans these changes are hardly anything new or exciting. It feels like an admission of defeat. Halo use to be different, and while some viewed it as not changing with the times, Halo made it’s place with more skillful based gameplay. All players had equel access to the same toolset, no killstreaks, no lodouts, no perks.

Halo use to be a leader in the fps genre, creating the party system nearly every online multiplayer game uses today, bringing a map editor to console when hardly any did, and having theater mode just to name a few. On the other hand Halo 4 is a follower, all the additions Halo 4 brought to the Halo series begins and ends with things it borrowed from Call of Duty. It even passes up an obvious opportunity to change things up in the campaign by having the new foes and weapons feel like things we’ve already experienced.

Despite all this Halo 4 evaluated by it’s own merits is a very solid and satisfying shooter to play with an impressive amount of content and great production values to back it up. For what it’s worth, it was my favorite shooter of 2012. 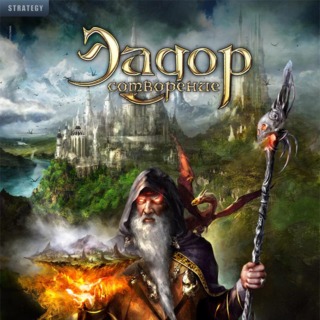