Unique Game but Not Worth The Full Retail Price.

If you have played Kane & Lynch: Dead Men before then you're familiar with the two characters in the front cover who look like they're ready for war.  It's a game about two guys who had to cooperate with one another for survival and love, among other things. Dog Days takes place after the events of Dead Men and the setting is now in Shanghai.

You play as Lynch, the medicated psychopath who had trouble controlling his actions in Dead Men, resulting to many complications with his partner Kane. He now resides in Shanghai with his girlfriend Xiu and is still conducting bad business with people of his kind but in a much more low profile. He is much more calmer this time without any unique personality disorder to speak of. One night, Kane arrives from the US, meets up with Lynch to conduct business together and after an awful incident with a rival gang, the two are back waging war into the city.


The first thing that is different with Dog Days is the new visual style inspired by documentary films and user-generated content. The colors bleed to the screen, pixels start jumbling up here and there and the camera moves around like an actual real-time situation. It really gives a brand new experience like we've never seen before but often it gets too messy and too shaky that it ruins the experience so it kind of defeats the purpose. One of the neat features of the visual is that the game will censor anything that is too gory or too revealing. The gameplay has much improved than Dead Men with better accuracy when aiming and clever mechanics when hiding. In addition to the realistic sounds of guns, Kane & Lynch 2: Dog Days provides an intense gun blasting experience that is fun to play and witness.

In the sound department, the voice acting is top notch with Kane and Lynch providing realistic voice acting and some hardcore cussing to boot. The swearing is a lot milder than Dead Men, which is a good thing because the first one was just ridiculous with the F-bombs. There isn't a lot of music in Dog Days, which is disappointing because Dead Men had some impressive scores by Jesper Kyd that sets the game right even though the soundtrack was never released. You do hear some music occasionally but not a whole lot and none of them are memorable. It just doesn't feel right because music helps to crank up the tension and sets the mood right for the game.

Speaking of tension, there are moments where it can be frustrating to play when enemies appear from all angles and one of them end up killing you from behind when you clearly can't see them. It's annoying as hell and since you can't control your partner Kane like you did in the first game, you have no choice but to rely on your quick reflexes. In terms of replay value, there isn't a whole lot of it since the story mode is incredibly short and everything just hurries along real quick. The story sadly doesn't take its sweet time as much as it ought to. It's just gun blazing from beginning to end and before you know it, you're done. It would be nice if the game takes its time to talk about Kane's relationship with his daughter, Lynch's relationship with Xiu, the condition of Shanghai and so forth.

The only redeeming quality is the multiplayer called Fragile Alliance, which allows you to play with a couple of friends online or with bots offline and the objective is to rob money from various places and get out of there alive. You can either work together or betray your comrades at the end and have all the money to yourself. It's really addictive and fun to play but for some reason, I seem to have a problem playing with other players online because of the way the Quick Match system works. It's not as easy to jump into like Modern Warfare 2 or Left 4 Dead. Maybe it's because the queue is busy or I'm not familiar with how it works but for now, all I can say is that the multiplayer is not that easy to get into. The offline mode is pretty fun too.

If you have been curious about Kane & Lynch 2: Dog Days for quite some time then I encourage you to give it a go. However, I advise you to wait until the retail price is reduced because paying a full price for a game that has a very short and weak story is not worth it even though the visuals are unique and the multiplayer is fun.

I will admit, I did not play the first game--so i really had no idea what to expect from Dog Days. I was weary of the game's relatively poor reputation but I decided to give it a go anyways. I'd like to point out that the game is not terrible, but lacks severely in some areas. Unfortunately, one of these areas is the combat itself which you really do not want to hear in a shooter. The gun physics are a little strange to say the least, with assault rifles behaving like shotguns and shotguns behav...

Maybe I was expecting too much, I thought that maybe after the failure of the first game they'd make serious changes for Kane &amp; Lynch 2, sadly I was wrong. When a game has as many faults as Kane &amp; Lynch you go away and start over, sadly the people at Eidos thought if they added some god awful screen effects and a wobbly camera this would hide the crap underneath, unfortunately it doesn't. The addition of effects designed to make it look like someone is following them with a faulty video ...

2 out of 12 found this review helpful.

Kane and Lynch's trek through Shanghai's underworld is astoundingly brief, leaving you just enough time to get a feel for the game's great visual style, but not much else. 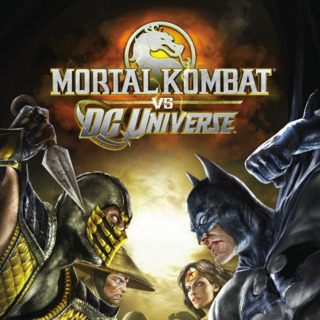