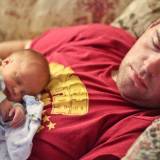 Been a hot minute around here

So much for keeping up on my writing.  It's been almost a month since I wrote anything, that isn't going to work for much longer.  After receiving my course load for this quarter it's going to be imperative that I work on my writing.  I also realized that I can't even achieve "free time goals", I usually just end up wasting my free time doing nothing.   Anyway back on track, I've just picked up Yakuza again so it's time to write!

In my ongoing quest to save Haruka, I've occasionally forgotten the importance of this character in the story.  The only thing this game does poorly, which is more a fault of my own inability to focus on anything, is they don't recap what has happened at all.  Having the ability to watch cut-scenes is a thoughtful inclusion in the game.  Highlight of my journey back into this world is seeing the latest fodder for my fists of fury,

Due to the pretty vulgar language, even though it's totally over the top and crazy, I make my daughter step out of the room when cut scenes are happening.  She pops back in when they are fighting, which can be a commentary on our society if you want and she's extremely helpful.  She did refer to the bird that I won in the arcade machine as "that smelly, old, crusty, weird looking bird", which brought a smile to my face.

My last post touched on this but it's worth mentioning again.  My favorite part of this game is the terrible voice acting.  What everyone says its true, it's some of the worst ever but its charming in a weird sort of way.  Even though I'm only 5 hours in, I can't imagine the awesome story in this game without the terrible voice acting.  For all the things that Sega has screwed up on this and other franchises, I hope people are willing to forgive them for continuing to bring these out West.
3 Comments

After my inaugural post, I was undecided exactly what I wanted the tone of each of these posts to be.  Should I try and discuss the story so that people who played it could relate, or maybe a newcomer would be interested enough to start playing?  Or should I write more about my thoughts, reactions, and the experience that I had? Thankfully, Yakuza is so bat shit insane that the choice became clear.  If hours 2-4 are any indication, there is no way in hell that I could attempt to keep up with the story.  In the span of what seemed like 20 minutes:

SPOILER WARNING: Click here to reveal hidden content.
I was fooled by a transvestite stripper, met the little kid I'm trying to save at a bar where everyone had been killed, and for some strange reason ended up having to run across town to find dog food.
The voice acting is so atrocious, yet so wonderful at the same time.  It's rapidly becoming my favorite part of the game.  Given when this game was released, coupled with the insane amount of detail and content, it's amazing it has voice acting at all.  Speaking of details.  One of my friends has lived in Japan and the U.S. for about half his life per country.  He mentioned that the accuracy at which the game world mimics locations in Japan is scary.  That's pretty cool to me, knowing that this game is a true labor of love.  It probably helps that it saw its greatest success in Japan, but either way it's one more reason this game is so appealing so far.  Maybe when I eventually travel to Japan, I'll have to track down a few of my favorite locations in the game.  I don't think I'll find many 5 foot tall traffic cones though, shame.

Two users (armaan8014 and RoboRobb) posted in the comments of Part 1 that I should video tape this endurance, the more I think about it, that's a pretty good idea.  Look for that possibly in the next couple of weeks.   I've always wanted to try my hand at some video production, so if its financially viable I'll give it a shot.  Fair warning, you'll probably hate my voice.

"I had to keep caressing this old woman's ass for hours, isn't that fucked up?"

I love this game.
3 Comments

And with this blog post, my journey begins.  As I'm writing this I have loaded up a saved game of Yakuza 1 from about a month ago.  I don't remember much about the story, but I know the main character owes somebody money, who kidnapped a girl?   All I know for sure is I should probably start a new game.  But, as I'm 45 minutes in, I'm sure I haven't missed too much and from what I've heard, this is a slow burn game.  I have exactly 20 days until my break begins, and 21 days until Yakuza 4 should be arriving on my doorstep.  21 days to play three lengthy games.  I mentioned in a previous post that the only goal I have in writing this, is to practice.  10-12 classes left by the end of the year, with a family and a full time job isn't easy, but if I can make writing as easy as possible, it will only ease the burden.

It seems the main character is a member of the Dojima family.  Thanks to the Persona team for ruining (enhancing) the Dojima name forever.  No matter how bad ass, sinister, heroic, or manly any character named "Dojima" may be;  he will always be the gruff, fed up with life, fatty tuna buying detective from Persona 4.  Speaking of smooth talkers like Dojima, the main character in this game just had a great line.

"I wouldn't touch an ass like that if you begged me to".  Take that old con man and his lady friend.  I'm pretty sure a conversation consisting of accusations of ass grabbing, which I'm assuming leads to a fight, preceded by winning a yellow stuffed bird from a crane meta game, qualifies for game design of the year awards.  After beating the crap out of the con man, he gave me DOUBLE, what he asked me to fork over to stay silent on the ass grabbing charges.  Not sure how such a poor business man could become a pimp, maybe things are different in Japan.

In the span of an hour, I feel like this game has completely captivated me.

SPOILER WARNING: Click here to reveal hidden content.
After crashing a funeral, speaking to a big wig, and being framed for an assassination attempt (who fired that shot?!?) , and seeing my friend standing in the background
I'm ready to see this through to the end.  Most games get about 2 hours with me, I have precious free time these days.  Gamefly has helped my spending habits, in that 90% of games I rent from them, I promptly return because they either suck, or I know I won't play it.  I'm glad I picked up Yakuza for 10 bucks though, even if I'm just now getting around to it.
8 Comments

Catching Up On Yakuza

My break from school before beginning a hellish 3 quarters is approaching rapidly.  I have approximately three weeks of downtime and as always, I'm expecting to be extremely bored.  While I stress out about school, work, and everything else;  I get bored just as easily.  To keep myself busy during these three weeks, or to feel somewhat productive during my free time, I have embarked on a journey to catch up on the first three Yakuza games.  The goal is to be completely caught up and well versed with the story, gameplay, and characters, by the time Yakuza 4 comes out.  I've played 1 and 3 briefly, but never enough to digest much of the story and the world.  It's always been fascinating and I've really enjoyed what I've seen.

In an attempt to continue writing about anything, so I don't feel the burden of doing so, I'll be blogging about the experience of playing all 3 Yakuza games over the coming weeks.  I can't promise quality, but I can promise quantity and that's enough for me.  Even something as simple as writing about video games, can keep my writing at a level good enough for undergraduate studies. Bonus benefit, completing another Quest on Giantbomb.

In the real life quest to complete my degree, while working full time, and raising a family, I'm planning to complete 4 courses for the next 3 quarters.  It's pretty insane but if I budget my free time accordingly, it's possible.  Which brings me to Giant Bomb's Quest system.  A devilish waste of time that brings out the most neurotic personality in all of us.  Over the last day, I found myself with a few hours of free time in a down moment.  2 hours later, I had completed a ton of half completed Quests, without much regard to other things I could have, and should have been doing.  With this revalation comes understanding, that Quests serve the same purpose as completing assignments.  Instant satisfaction for the allotment of time and energy.  It's a similar feeling to solving a technical problem, which could explain why I got into the IT field in the first place.  Anyway, the real point of this was that I'm 22 blog entries away from another achievement.  Here's to 21 more, cheers.

Back to square one

People can be challenging.

The Ups and Downs of Everyday

Today was supposed to be a day of excitement.  I was working on refining our backup plan at work, going out to dinner with the family, and my dual 22" monitors arrived from New Egg.  As quickly as the excitement came it was gone.  The co-owner of the company that I work for laid me off.  We have always had it out since the day I was hired.  Everything I believe, he believes the opposite.  He has no experience in my field yet manages my department.  Imagine working for months on a project that will benefit the company and then being told it's not happening because "I just don't like the idea:"..  A department built on ancient beliefs and no eye for the future is doomed to fail.  Without patting myself on the back to much, I should have been in his position.

With every bad situation usually comes a better one.  I can now focus on school, time with the family, and my ultimate hobby.  Video games.  I hate to try and find to much silver lining in being fired, it's a terrible situation that I wouldn't wish upon anyone.  However I can't deny that I feel a huge burden lifted off my shoulders.  The burden of having to go against all my skills and knowledge and be a lackey for someone else.  Hopefully the next stop of my career will provide me the opportunities that the previous one didn't.  The real shame is that my passion for IT and computers was completely wasted for 2 years and the 70 employees of the company are worse off because of it.

I'm only posting this to get the Quest, maybe I'll add more one day.