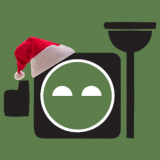 @humanity: I agree that Faro didn't set up Zero Dawn because he thought it would make him any more money. I'm only claiming that he got into that position because he'd profited so much up to that point. Even if the workers of Zero Dawn weren't making a salary, Faro's control over material resources allowed him to set up and head Zero Dawn which gave him a lot of power over the project.

@cyrribrae: I thought it was fairly unlikely this is the way someone would first discover the contents of Horizon. That's pretty amazing. I'm not saying that the developers behind Zero Dawn were actively advocating the positions I talked about in this article. None the less, the game itself says what it says.

@sparky_buzzsaw: No worries. I tried to see if I could copy the "Edit" link from a post and paste it back in, but I can confirm that does not work. I'll mention something in the correct channels.

@sparky_buzzsaw: Anything we could ask the engineers to change about it?

I could really go for a modern one of these. I suspect that it's not top priority for most big game devs right now because, if you're making a racing game, you're going to appeal to more people by filling it with realistic brand name cars, letting people drive their Ferraris and Porches. If you're making a sci-fi game, however, it's probably more lucrative to make it a shooter title. So, sci-fi racing occupies this odd middle space.

Then again, you could have said there wasn't enough interest in sci-fi sports games and Rocket League did gangbusters. Plus, even if Sony don't seem as interested in smaller games as they once did, Nintendo have taken punts on weirder experiments more recently. I wouldn't expect to see one of these games done with blisteringly high-fidelity graphics in the near future, but there's probably space out there for a new, mid-tier Wipeout, F-Zero, or indie lookalike.

"Matchmaking" is dynamic difficulty in a nutshell for competitive/online setting... We don't question it when it comes to multiplayer, but for single-player or narrative games, we have to come up with all these other reasons why it's a bad idea (other than the obvious challenge of implementing it right).

I think we do end up questioning matchmaking a lot though. While I've been very impressed by systems like TrueSkill 2, players still frequently have the experience of being mismatched against opponents in online multiplayer games, so I think there's room for criticism there. Dynamic difficulty working in a competitive or cooperative environment also wouldn't neccessarily mean it works in a single-player environment because it's not like you can port a matchmaking system into single-player. Those systems are built around the idea that they're operating in a space where a lot of the difficulty is determined by the players.

A lot of the criticisms I have here do also apply to multiplayer games with matchmaking systems. Matchmaking doesn't make level design simpler or reduce the number and complexity of the systems the player has to learn, or even provide the player a lot of learning aids. It could exist within gameplay that does that, but frequently doesn't. Also, I think the implementation matters here. It's not just a case of "We know it works and we just need to get the implementation right". If you can't get the implementation right, for the time being, it doesn't work.

Again, I'm not saying dynamic difficulty could never work. I'm not trying to make predictions about how video games might work a couple of hundred years from now. But for the time being, I think we can make some serious criticisms.

@sparky_buzzsaw: Yeah, I guess that would have been the other way to go. If you don't have that much to show, just cut back on time. I still hoped for a little more.

What a website. This place has given me a lot of laughs and really shaped my connection with games over the years. Here's to many more.

I just don't understand how shit like this happens at a work place, ESPECIALLY such a large company! How does no one stop this shit!

My guess is that it MUST be tolerated by upper management, even possibly done by members of upper management. If someone sees that taking these things to upper management gets ZERO results, doesn't fix the issue, then your choices become; deal with it, or quit.

This is a huge part of it. People in considerable positions of power were implicated in the harrassment accusations at Riot, Gearbox, and Ubisoft, and it's a pattern that stretches far beyond the game industry. Powerful industry positions are also much more commonly staffed by men and generally less often by people who would be targets for discrimination and have some skin in the game. Broadly speaking, there's little incentive for upper management to properly handle harrassment cases because they don't want to bring negative attention to their company, they don't want to fire useful people, and they don't want to create a workplace system or culture in which there could be consequences for powerful people like them.

Ostensibly, HR departments are meant to deal with workplace abuse, but their effective function is to protect the company itself rather than seek justice for the abused. Why would powerful people create a department inside their own company that could control management like them? Reports get quashed, and investigations into harrassment, in the rare cases they do happen, are carried out by people who are part of the culture and system that created that harrassment in the first place. This deafness to harrassment accusations is one part of creating a culture in which harrassing coworkers seems acceptable to people.

All of this, of course, isn't lost on the harrassed. Challenging workplace abuse means dredging up some painful memories and putting them on display when the first thing that usually happens to harrassed people is that they're called liars and troublemakers and ultimately ignored. The in-group close ranks and the victim is isolated, and may have their job or even career on the line. You could purse legal recourse outside the company, but it is a long, expensive, and arduous process where anyone going up against a big company can expect their character to be assassinated, and again, where plenty of people haven't found any justice. For many victims, especially women, it simply doesn't seem worth it. None of these dynamics are unique to any one company or even the games industry; it's just how society at large treats abuse.

I really appreciate @justin258's post in here, and it echoes a lot of the concerns I have about ownership. And I value that ownership not just because I am worried about my library disappearing one day, but also because I think that preservation of games as a medium is really important. I'm also worried about the potential financial effects of a service like Game Pass, especially for smaller creators. Industry finances are always a bit of a black box, so it's hard to know how many people are or can get their dues under a scheme like this, and the idea of access to games becoming monopolised in this way is disconcerting. I also want a far wider diet of games than you can get under any one of these subscription services.

I am looking to pick up Game Pass myself soon, but for the above reasons, I can't see it as a full replacement for just going and buying games. I'm looking for it to be a way to try new games without having to throw down the retail price and to play AAA titles I'd never otherwise have the money to buy, but I still want to purchase indie games where possible to support the devs and do plenty of exploration beyond Game Pass.

@madmatt213: Thanks, I appreciate it. I have some worries about the larger economic effects of Game Pass on the industry, but I can't deny that it does play a great role bringing people to smaller and more experimental games.