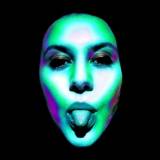 Just doing a quick (yeah right, I went off on one... oops!) blog post to say how awesome this game is. I haven't played multiplayer anything for years (the odd game of GH/RB/PQ don't count, neither do the few L4D2 games I had recently). I was so scared by the thought I'd make an idiot of myself, I spent hours in the Intro Session practicing. Mainly watching the NPCs and copying how they move around.

Well it paid off... eventually! When I finally gave in and had a couple of games, I had nfi what was going on. People were glitching in and out, whole groups were there one second and gone the next, my pursuers seemed to come from nowhere with no warning. I now know from some tweaking that my 360 was in NAT Strict mode. D'oh! As soon as I got it set to Open all was good! I started seeing the red hearts above high profile pursuers and the compass started to work properly.  I pretty much only play Wanted mode, I did try Advanced Wanted, but I was pretty terrible at it. I haven't even tried Manhunt, Alliance or Chest Capture yet. I don't really play well with others so a free-for-all stabfest is more my style.

It took me a while to work out some of the finer points, like the whispers. The closer your pursuer is, the louder the whispers. Playing late at night this can get a little creepy, I've 'noided out smoke bombs waaaay too often on late night games. I am also so anti-running about like a spazz that I am having to really force myself to run when my abilities are on cooldown and the whispers give away my pursuers. I know who they are about 95% of the time, but for ages I just tried to pull off a stun. It's 50/50 though, kill will always over-ride stun, so if they're mashing away at the kill button you stand no chance. I don't get that many kills in my matches, most of my points come from stuns and lures as that time learning to walk around like an NPC really wasn't wasted!

Because I play a stealthy game of defensive dodging I like my mute & smokebombs. The games where others are playing a ground-based, stealthy game are just lots more fun than when they're all running about on the rooftops. I HATE the rooftops! In the single-player I'll happily stalk about up there with my cross-bow, but the 100pt kills in mp just aren't worth letting everyone know where you are. I'm not sure I've got a kill under 400 yet, just because I refuse to leg it about after people. Not everyone likes a stealthy player though. Some people  get really, really mad at me for ruining their shitty 100pt kill on me, by spotting the bright red heart above them or their entire body glowing as they use Templar Vision to work out which Hellequin I am and using a smokebomb or mute just as they close in, then stunning them. I've had everything from repeatedly barging me out of the way, smokebombing me and throwing knives at the NPCs next to me just because someone was pissed I got to stun them... Really wtf is wrong with them :/ Probably just as well I don't use a mic, knowing I'm female would probably make them ragequit. No wait, that's a good idea!

So yeah, I found a multiplayer I love. If only I didn't have the slowest internets known to all humanity as it lags me out really badly sometimes. I've had killers appear from absolutely nowhere, like I'm on an empty staircase with walls both sides then suddenly someone is in front of me killing me :/ If I had a better connection I'd probably be dangerous... ;)

Downloaded the demo yesterday and now I feel like a kid again. Stupid really as the megadrive/genesis and original game are still in the room too...

Is it just me though or does Sonic lag really badly when you try & change direction?

I'm pretty rubbish at blogging, I've tried many times and I start off well and then it dwindles. Usually whenever I'm doing anything interesting enough to blog about, I'm too busy doing whatever it is to blog about it! So anyway, I'm just going to do this post to introduce myself to the site through the medium of games and then I'll have to see how it goes from there.

I'm in my mid 30s (at time of writing) and yes, I'm a girl. Well, I'm a woman now obviously, but when it comes to gaming the comments are always along the "OMG GURRL!!!" lines. My first foray into gaming was with the Nintendo Game & Watch which I played religiously every day usually whilst bouncing around the garden on my lolo ball. I still remember the feeling of disappointment when I reached 999 on Parachute only for it to go back to 0 and start again. Soon after I got a dodgy Spanish Spectrum ZX 128K+2. I don't remember much about the games I played on it, but I do remember swapping game tapes.  Around that time my neighbour's Dad owned a company that built computers, so most of my gaming was done at their house on their BBC, 2600 and all the other amazing machines they had.

It was quite a while before I got back into gaming. One Christmas I was bought a Game Boy, but I never had that many games for it so it was Tetris all the way. Then my Dad came home one night at the beginning of the summer holidays with a Sega MegaDrive which he said was his, but he'd occasionally let me use it. Yeah that didn't last long! I was kicking his arse at Sonic in seconds. Eventually I got the mad looking Menacer light gun for it and I was away! Next up was a Playstation that I have no recollection of getting. A couple of times my boyfriend brought his PS1 round and we'd set up 2 TVs for multiplayer Doom sessions. We soon found co-op was pointless though as he'd shoot anything that moved which usually included me. All the Doom playing got me to build myself a PC so I could carry on and I was soon playing Doom, Quake and Unreal Tournament. Then Steam came along and I was hooked with CS and HL. A friend gave me the Uplink demo and I immediately had to purchase the full game. I still play it now, it's a fantastic game though it eats more time than a langolier.

After a particularly bad day at work I bought myself a PS2, annoying my boyfriend who'd just bought me something small to cheer me up. I walked into the pub with a big HMV bag and a console making his present look slightly pathetic in the process! The PS2 was probably my most used console up until recently. It saw me through all kinds of genres. Starting with Tekken 2 and ending up with Guitar Hero II. I went back to hand-held gaming for a while too, as I wanted something I could take with me to work. It made sense to get myself a GBA. I spent many a train journey playing THPS3.

I only got myself a GameCube because my boyfriend pestered me into buying him one for his birthday. After a while of him bringing his round to my house it just made more sense for him to only bring the games and memory carts. Probably my absolute favourite game of this time was Eternal Darkness. If I watched him play through it I wouldn't let him regain any sanity just because the effects from the sanity meter draining were so awesome (and they made him squeal like a girl more than once).

Next up was when I had more money than sense and decided I had to have both a PSP and a DS and I had to have them NOW! Which meant importing from Japan Having a Japanese DS never caused me any problems, but once PSPs were released in the UK I found that mine often couldn't see other PSPs so I only had two friends I could race against in WipeOut Pure. The PSP didn't get used as much as the DS for gaming. It was more for watching videos on the move until I got LocoRoco. I loved that game! The DS got used mainly for Zoo Keeper, Brain Training and Animal Crossing. People I worked with also had AC:WW so we'd spend lunchtimes visiting each other's towns and swapping fruit/furniture, etc. It passed the time and had the added bonus of confusing my boss whenever we talked about turnip prices. By the time I got myself a DS Lite I was hardly ever using the PSP.

I knew I wanted a Wii before they were released over here, but as I had the PS2 and GameCube I was in no great rush... for a while. I was still amongst the first of my friends to get my grubby mits on one. I got the disappointment that was GHIII and Super Mario Galaxy. The Wii only really gets used for Wii Fit and occasionally Animal Crossing these days.

The next and final console I bought myself was a 360 soon after I took voluntary redundancy. Am I ever grateful I decided to do that and that I bought myself a big new LCD TV just before I finished work. I'm still unemployed and the redundancy money is fast running out but at least I can save money staying in and gaming. First games I really loved on my 360 were Rock Band 2 and Assassin's Creed II. Really looking forward to ACIII. I also did a small update to my PC so I could play some more games on it as it was seriously outdated. It's still not up to gaming specs, but it's allowed me to go through and complete Portal again on my own steam account which was nice, though being a cyclops and still using a CRT means that HL2 gives me motion sickness after the first few minutes. It gets so bad I have to stop playing, go be sick and then have a lie down :( Because I switched over from FP S to music based games like GH & RB I got really out of practice, so to get myself back in I've been playing through single player on CS:CZ lately. I'm still pretty rubbish but as I've found online, even if you're rubbish, little boys hate getting shot by OMG GURRLS!!!

So there you have it, my life in consoles/games. The scariest part of all this is that barring the original DS, which I sold to a friend's wife when I got the DS Lite, I still own all of these and they all still work.