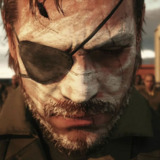 The writing would seem tonally out of place a decade ago, now it's just a cringe fest

Man, this game is fucking wild, mostly positively , but there are a few bits, like the sword physics and the fucking gift shoppe only being open 3 hours a day apparently? that remind me that all video games are bad.

Still tho, the good stuff is very good

I do agree I wish Kait had more non yelling about shooting the thing trying to kill you/angry about missing mom dialogue, or was just able to establish herself more on her own terms like when Marcus tells JD "you got a nice GF" there had been nothing to establish that was a thing other than this is a video game. And god I never want to hear "suppressing" uttered again after hearing theswarm dudes yell it ever fight.

Still the overkill is maybe my favorite weapon of 2016

Also I hated the stinger

Guys, guys, guys. WHEN DEL HANDS MARCUS THE DURAG AND THEN YOU GO DESTROY A HELICOPTER LIKE 50 CENT WOULD WANT YOU TO.

That moment aside, I would say the act in general is pretty damn rad, filled with dumb/great cutscene moments, some great environments (the part where you split up, normally my least favorite part of a gears game, was cool as hell) and of course, mad stunts.

God this game is dumb as hell I love it

I think it's wild that people in this thread think that Austin is the reason people use the phrase "dunk[ed] on." Do you guys also think that Jeff coined the term "hella," or that Brad invented pronouncing silent Ls and Hs?

Austin using the phrase "get dunked on" is absolutely the reason why it enters my thoughts at all. It's not about who invents it, it's about who popularizes its usage for a certain community.

Anyway the stuff with elves is very much the "devs want to do class warfare but terrified of class warfare" type stuff, plus at this point its an accepted trope so doing it is easy

Man, I still love the act of playing MyCareer, but the.......... nature of your character in it, year after year is just grating on some level. I get it, dealing with the NBA/NBAPA/Selling to young white people the character has to be the most sterile and safe, but it's hard to see an actual human there. Where is the blaring young thug/future/yachty (the fact that good times is on the sound track but radio edited is hilarious), where is the unique sense of self (saying "I give this steal a presidential pardon" after every reach in foul makes me die inside), where is anything that makes this guy more than what Russell Wilson dreams of in regards to be the Safest Feel Good Brand. The dad stuff is also weird (As somebody that grew up in a house without a father, we never really brought dad up much unless it was an anniversary/was one of the times we actively missed him, when my brother/I got into and graduated school and stuff like that it's not like 'oh man dad would have loved this' I realize others have different experiences, but that felt like THING TO MAKE EMPATHY in the game more than anything), and all the off day/practice stuff continues to be mind numbingly bland at best.

This all being said, when all the college scenes just refer to "the team" and not the school name I busted out laughing.

The MyGM mode has better load times than last year, but a lot of the scripted dialogue in those branching conversations are 100% the same. Playing still feels great and I will dump a good 40-60 hours into it, but it just feels like feature creep is really setting in for me.

This was a lot lol, but it's late and here I am

Yeah since highschool I've lost 6 friends including my best friends from high school and college, due to well, a whole gamut of different shit. I'm 22 now, so it's almost weirdly expected at this point, which is well, not great according to the shrink I've started seeing after my last friend passed a few weeks ago,

It's a very weird thing to try to really communicate out the way I feel/deal/live with it I guess, I've sat at this post for a good ten minutes trying to figure out a way that makes a bit of sense and I've just got nothing.

If you do end up getting one of the tattoos that your best friend had in a visible place, get prepared to have some occasionally awkward conversations is my only real advice