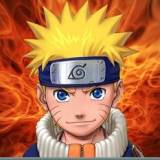 My TV doesn't work! Xbox LIVE and Fable 2 can make up for it!

Got to do this quick! My TV doesn't work so I've set my 360 up downstairs. My Brother got Fable 2 so essentially I have it, also It is the best game I havet EVER played! And I got Xbox live silver membership with 1 month free gold membership! Also just quickly saying I got Bomberman Blast, Kirby's Adventure and The legend of Zelda: A link to the past of the VC and Wiiware!

Moving on to the Naruto Manga

The reason for this is because I have now watched every Shippuuden episode released so far. (Up to episode 80) And I really can't wait for the other episodes to be released and translated, so i've moved straight to the manga from where i left off, and it's surprisingly good! I had only just moved onto it around 4 hours ago and i have already read loads of mangas, i am currently on chapter "The broken bridge", incase you can't remember it is after chapter "New technique!" and it is where Shikamaru has already beaten Hidan and Naruto and the others are fighting Kakuzu! I just can't wait for Sasuke to fight Itachi, Sasuke to fight Diedara and Sasuke to fight Orochi-Maru! Dude Sasuke seems to be getting all the good bits! Although i'm also looking forward for Jiraiya's big fight were he enters "Hermit" mode!
1 Comments

YES! I know you have probably already read about it on the homepage but here's to tell you! There is a new DS coming out!!!!!

It is called DSi and will feature downloadable games and a camera! I mean downloading games on it's own will be fantastic but to also to be able to take pictures is a new for any console! Can you imagine playing camera controlled games on the DSi, or making your own personalized slide-shows Wii style!

And it is especially good for me as i was going to get a DS Lite anyway as i got the original DS on the launch day, and although it has served me well is old news. And i have a feeling it will start acting up soon, what good timing!!!

Well here to say welcome to the new DSi and hopefully we will have many good games on it!
1 Comments

Quick blog telling everyone how i was right about SWTFU!

I told them! I said Starwars:The force unleashed came out on Friday! But did they listen? NOPE! They kept on saying it came out on Tuesday, but i knew it came out on Friday, but because there was 3 of them and 1 of me i decided they were right, when i was all along! Yes, they are TTTTTHHHHHHIIIIIIICCCCCCKKKKKK!!!!! For god sake, they don't even know what E3 is!!!! Now, when i go to school i'm gonnsa brag how i was right, and get them pissed at me!
1 Comments

As you should know by now, Starwars:The force unleashed is going to be awsome! ONM(Official Nintendo Magazine) gave it 86%, and Playr (Game show+Magazine) gave it a whopping 9/10! And i'm going to get tommorow, straight after school on the launch day! It looks awsome! And thanks to the new engine they have made you really can never see the same thing twice! And the troopers and other enemies always act different! And i can't wait to feel the power of the force! Seriously, all the reviewers have said that the force really does make you feel powerful, and that you'll be backchatting your enemies throughout! I can't wait!

Also, on Sunday morning i finished watching the last episode of Naruto and moved straight onto Shippuuden, i did'nt bother watching the original Naruto movies because i was too exited! I'll watch them sometime next week! Whilst writing this blog i am currently on a 1 hour special. It is the episode where Kankuro goes head on against Sasori! Gonna watch it now!
3 Comments

So while iv'e been forgetting to make a blog i got PoP on the VC and it's definatley one of the most addictive games on it. Who would of thought that popping bubbles was so fun!
Also iv'e started playing a load of forgotten games such as Naruto: Clash of ninja revolution, and Mario and Sonic at the olympic games.
I have started practising with the Wiimote and nunchuk in Brawl just in case as with my past with 3 GC pads they break.
Also i have also almost finished watching Naruto, 2 specials 4 movies and 6 episodes away and it is finished, and as i love it so much i decided i'm going to dedicate my whole weekend to the best anime ever in order to move on to Shipuuden (Hurricane Chronicles) Allahiua! Sorry, i can never spell it right :D

And also, just incase you don't know, if you have friends that aren't showing up on your screen, it is not because they tricked you, it's a bug that GB has recently caught, but should hopefully be destroyed soon.

Oh CRAP! Back to school tommorow!

Well guys all i can say is its been fun, but i'm afraid not for much longer, because after my six weeks of heaven the Devil has grabbed my neck and is dragging me down to Hell otherwise known as school, fun can never last.......By the way the Devil is called Miss Wells, if you know her kick her in the chin and run before you get a detention!
1 Comments

First of i would just like to say that thanks to SSBB i am now deeply in love with Starfox, i played the demo of Lylat Wars and went of and bought a wii points card so i could get it of the VC which i did and it is truly one of my favoroute game franchises of all time! I must play every Starfox game in the Lylat system!!!!!! I even love it so much i dedicated all my blog pics to it!!!

Next up i want to say that i'm sorry i have not been very active recently, this is partly because there have been other things going on but 95% because my stupid sister won't stop hogging the PC!!! But in my absence i have come to realise a few things, and one of these is that Giant bomb is the the best game website ever, and as i'm not going to be spending much time on the computor any more i think i may leave Gamespot, don't ask why because in all truth i don't know.

Now for..................Boring old outdoor so called "Adventure" parks-Yawn-Well not for High Lodge it's only a fiver and great fun with sa mate. But then we come to Bewilderwood which cost us £40 and was to be generous, utterly CRAP!

Now we come to the games, so we now already know i love Starfox! But what else do i love, do i hate or do i want? Well a new most wanted for me is Star Wars:The force unleashed, Starfox, Starfox Command, Starfox Adventures and Starfox Assault, a new most hated is no one (Yes, not even Slippy Toad!)

Well then, See ya later! Wife Swaps on!
1 Comments

Yesterday i was playing Brawl as Jigglypuff on the bridge of Eldin stage to get the super big Jiggy glitch, (Which i did) But then while trying to do this i discovered another glitch!

You must be playing as Jigglypuff on the Bridge of Eldin stage, get a smash ball and wait for King Bulbin to come along and throw the bomb onto the stage, when the portal comes above the gap to remake the bridge quickly jump in the gap and use the smash ball, Jiggy will do her usual growing but then she will do the animation of getting hurt. You will then get up but won't shrink! You can then continue on with the match supersized until you die! This is really handy in tough situations!