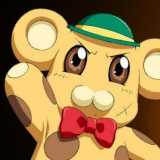 It's probably about time I wrote something about myself here. I've been a member of Giant Bomb since it launched, and I've been a moderator for many many months now, and still don't have a nice introductory bio. And all this rambling isn't going to get that done, so let's cut to the chase:

I'm MattyFTM (but you can call me Matty, Matt, "That Dick Head Over There" or anything you want to). I'm 20 years old, and was born and brought up in Buckinghamshire in the UK, but currently live (and intend to stay) in Sunderland (again, in the UK), which is actually where my family originally come from. I recently dropped out of university after studying Chemical & Pharmaceutical Sciences for two years, and I'm now trying to find someone stupid enough to pay me money to do something. But you're on a website... about video games, you're probably not interested in my life story so...

VIDEO GAMES!!! I like them (who'd have guessed it - someone on a games site that likes games). I have a particular obsession with the

universe, but overall I like pretty much every genre and just love to play a bunch of different games. I hardly ever complete games. I generally get about half way through a game before getting distracted and moving on to another game. You'd think that now I'm unemployed and unable to afford new games I'd have a chance to go back and finish all the games I've never completed, wouldn't you? But nope, I just end up playing a game for a while then as always, getting distracted by another game and moving onto that.

I'm doing most of my gaming on PC at the moment, but I generally go through phases of playing different gaming machines. I have a 360 & Wii in the current gen. All the things that play games that I own or have owned in the past are listed in

I love the Giant Bomb wiki, and seeing some of the weird, wonderful, quirky and insane things people do with it. I haven't done much wiki editing recently, but I go though phases of wiki editing activity and I've got a few pages I want to spruce up, so I'll probably get back into it soon.

So, what do I do other than play games? Well, I enjoy going to the pub, where I regularly partake in pub quizzes & playing dominoes, as well as just chatting bullshit. I really enjoy Sci-Fi, especially Star Trek. I watch some form of Star Trek virtually every day. That's because I'm unemployed with nothing to do but sit at home and watch TV all day, TV generally sucks & Star Trek is one of the few good things on Telly, but it's still an awesome show. I'm particularly a fan of Deep Space Nine. The darker, war based storyline is really awesome.

What does the FTM in MattyFTM stand for?

This has been the subject of much

, and has even had its own

One of the things I didn't mention previously is that I am a huge football fan. That's the proper football (i.e. soccer). Not the American rubbish. The team I support is Sunderland AFC, also known as "The Mackems". Our sworn rivals are Newcastle United, who are known as "The Magpies" (or just "The Mags" for short). FTM stands for both "Follow The Mackems" and "Fuck The Mags".

You're a douche!!!! Why did you [insert something I've done here]?

You said X in this bio, but you said Y on the forums. Why are you lying?

It took me a year and a half of being on this site to actually write a bio, so it's safe to assume that I'm not going to update it any time soon. So if you're reading this waaaaay in the future (It's January 2010 now by the way) some of it will be out of date.

Why the hell does your bio have a frequently asked questions section?

Well the FTM question is a genuine question that I get asked rather frequently, so an FAQ section seemed like a good place to include it. And it would be pretty pointless making a frequently asked questions section with just one question in it, so now I'm delusionally imagining other people's possible questions.

Why are you such a lazy bum? You're unemployed with "with nothing to do but sit at home and watch TV all day". Stop watching TV and playing games and get up off your ass and find a job!!!!!

I've actually just re-read this bio, and realized that I don't come across very well, constantly talking about playing games and watching TV, despite being unemployed. Yeah, I am actually looking for work. I've been doing a part time course to do with call centre work, and had a couple of job interviews, and am still looking really hard. I just tend to talk about Games, TV & other similar nonsense on Giant Bomb, and don't like to focus on "Srs Biznes" on here. But rest assured that I am looking for work. I'm not just sitting around all day doing things of no importance.

Why does your avatar have testicles on his face?

Yeah, it has kinda gone on for a lot longer than I intended. I always have huge trouble writing about myself, but it seems once I get started, you just can't stop me. I'd better stop soon. I know people have short attention spans, and they probably stopped reading after the first sentence anyway, so what I say down here doesn't really matter. I could talk about super top secret stuff and no one would ever know, it would be hidden in plain sight. My bank card number is 8730 66750928 413250, sort code is 41-80-76 and PIN number is 7230.

Anyway, that's a good note to end it on. Goodbye.