This has been a great year for games. It had some jank, but it was better than it had any right to be. I wish I'd spent more time with this Community Spotlight, but I don't think it hangs here. It's not a hill I'm willing to die on.

Hello and welcome to the latest edition of the Giant Bomb Community Spotlight and I, @zombiepie, am honored to be your host this week. With the last month of 2017 upon us, the staff and community are in the middle of GOTY business. The staff is together producing and creating Game of the Year video goodness, and the community is putting the finishing touches on their nominees. If you took the time to create a 2017 GOTY list or blog, feel free to drop a link to it here and I'll promise to promote it on both Twitter and the next Giant Bomb Community Spotlight! With that out of the way, let's jump into the site related housekeeping.

Should PlayerUnknown's Battlegrounds be eligible for Game of the Year consideration? Will it make its way in regardless? Join our exhaustive discussion about the place of Early Access games during GotY considerations this year.

Which Games Won't Be Discussed In Game Of The Year? (By: @alistercat)

There's always a few big notable releases the community feel get shafted during GotY because not enough staff finished the game. Which game do you think runs the highest risk of that happening to this year?

"Best Moment" is always a community favorite category. With previous winners and nominees including Frog Fractions and Fez, which game provided the best "WOW" moment of 2017?

Is Xenoblade Chronicles 2 A GOTY Contender? (By: @ninkendo)

Is Xenoblade Chronicles 2 the sleeper hit of 2017, or is it being passed over for Game of the Year consideration for a reason? Join the debate NOW!

Author's Note: Did I miss your list, blog, or thread? Just drop a help link to the content in question and I'll happily promote it next week! I'm promoting Game of the Year content until the second week of January, so there's no rush!

Clip(s) Of The Week

Every Time They Nail a Dude in the Nuts in SUPERHOT VR (By: @jeremym)

From tonight's UPF, here's every time Abby hit someone in their "genital triangle" while playing Superhot VR.

It was about high time Ranking of Fighters have a proper intro, and over on YouTube, bobbbackwards animated this Arcade style intro for Giant Bomb's in-depth ranking of every fighting game ever made.

That's a wrap for season one of Dilbrad! Remember to support OddParticle by following him on Twitter @Odd_Particle.

To those of you responsible for the following images, thank you for the nightmares, but I love you all all the same.

As a test for an upcoming project, artist buzz_clik created this pixel art rendition of Vinny.

Nier Automata is like, what if Kojima was good

WHELP, it is that time of the year again! It's time for members of the Giant Bomb Community to adorn Santa hats to their avatar! Community members are willing to help if needed.

It's also this time of year again, where the Giant Bomb community votes for their best animes and DocHaus scowl at their choices!

I Made A GB GOTY Bingo Card! (By: @bladeofcreation)

BladeOfCreation created a Giant Bomb GOTY bingo card generator! Here's a link to his thread and a taste of what you can expect!

A Massive Sea Change Is Underway In The Gaming Industry That Few Seem To Have Noticed (By: @slag)

Slag has been looking at the numbers and explains why PlayerUnknown's Battlegrounds's meteoric rise in China will bring forth a "sea of change" for the entire industry.

The Perks Of Being A Sunbreaker... A Fire-Forged Intro And Guide (By: @bvb_finn)

Bvb_Finn created an exhaustive and helpful guide on how to use the Sunbreaker Titan subclass in Destiny 2! Check it out and see if you've missed anything.

My Top Five Anticipated Releases Of December 2017 (By: @themist997)

It is the last month of the year, and TheMist997 is STILL excited about video games! Here are his most anticipated games set to release in December.

Mento talks about not stressing GOTY season too much, as well as Uncharted: The Lost Legacy, Alwa's Awakening, more PS2 games and two weeks of catching up with 2017's smaller offerings.

Which 2018 Game Are You Most Excited About? (By: @liquiddragon)

2018 looks to be a solid year for games! Which 2018 game are you most hyped to play? Share and discuss your games over here.

Have You Bought A Loot Box Using Real-World Money? (By: @beachthunder)

Though they have become a sticking point today, have you ever bought a loot box using real-world money? Maybe it was Team Fortress 2, Hearthstone, Dota 2, or something else, but feel free to share nonetheless.

Game Suggestions For My 50-Year-Old Dad (By: @bloogsy)

Bloogsy's father is interested in getting back into video games after a long hiatus, but he's also fifty-years-old. What games would be an appropriate jumping point for him? Share and discuss your picks over here.

Partially inspired by Mass Effect: Andromeda, Giant Bomb user Relenus questions if there is any game which has effectively tackled inter-planetary colonization and terraforming. Thoughts?

After 8 Years, Demon's Souls' Servers Shut Down (By: @gaff)

With its serves down, do you have any fond memories playing Demon's Souls? Feel free your favorite cathartic moments in the sadistic game that started it all.

IT'S TIME FOR A DEBATE! Gatling-Gun, Chain-Gun or Mini-Gun? Which is the "correct" term for the iconic gaming weapon in question?

Is Anyone Else Playing Million Onion Hotel? (By: @dudeglove)

Have any of you played Million Onion Hotel? If so, feel free to join our community discussion for Yoshiro Kimura's latest offering.

Multiplayer Only Games (By: @khaosbydesign)

Where do you stand regarding multiplayer only games? Are there plenty of good video game examples, or are they a weak value proposition for consumers?

Some Thoughts On Video Games November 2017 (By: @riostarwind)

Surprise! Video games are still great! Giant Bomb moderator RioStarwind uses this list of the games he played in November to talk about how plenty of fun to be had 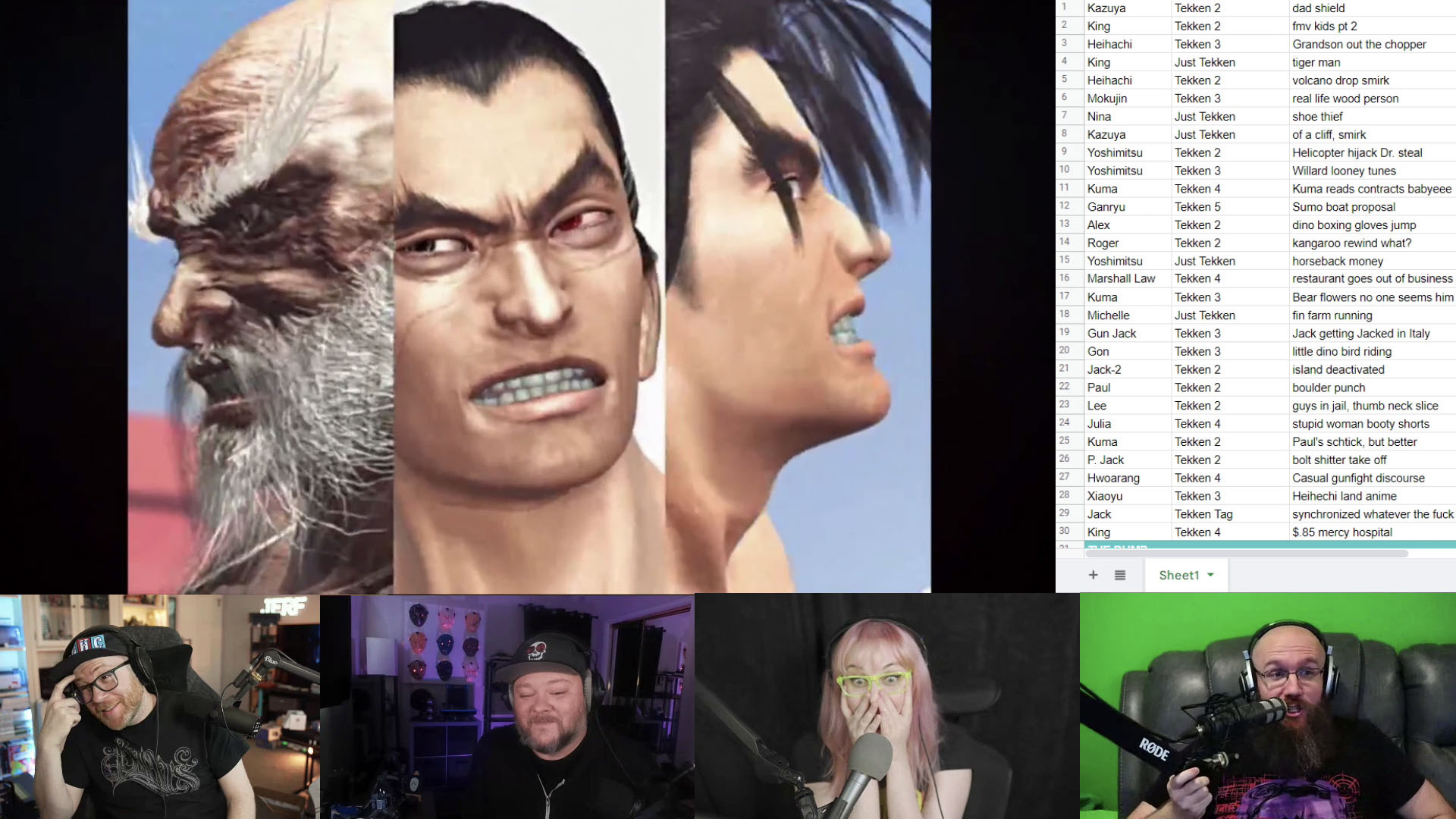 The Titans they have been living on are dying and now Rex and his sacred blade, Pyra, have to journey across the Cloud Sea in search of Elysium.