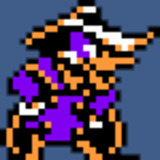 I was thrilled that Nintendo revived Clubhouse Games, one of my favorite DS time-wasters. A pile of classic games, well executed with some adorable window dressing, and it's even better with multiplayer on the Switch's docked mode. I'll keep this one on my Switch's memory card for eternity.

The perfect example of a brand new category of games I've invested more time in over the last couple years: those I'm mostly playing because my kids are into them. Bugsnax's trailer charmed the pants off of me, but after a few hours I had had enough and I wouldn't have finished it, except that my kids begged me to every day.

And I get it: the Pokémon-but-food creatures are adorable, and the goofy characters and art style captured their interest quickly. Catching the creatures - which is the bulk of the gameplay - involve a series of puzzles and a lot of trial-and-error, often frustrating, but quite satisfying once you figure it out. The story - surprisingly focused on interpersonal relationships between friends and romantic partners - was the other thing that kept me going, solving the mystery of the missing pioneer. I was impressed that the developers represented same-sex relationships and nonbinary identity so effectively with what are essentially Muppet-type characters.

This was and wasn't what I had expected out of Bugsnax, and while I couldn't wait to get it over with so I could play other stuff, I enjoyed the heck out of those critters.

I spent a lot of time trying to get good at games that actively discouraged me from doing so. Hades' presentation and minute-to-minute action have been good at distracting me from being crazy frustrated at the consistent lack of progress that usually encompasses my roguelike experiences. I played Hades in early access in 2019 and then on the Switch in 2020, and while I loved the combat, art, and music, it wasn't enough to get me over that hump to try to finish it. The frustration eventually overtook me.

I cleaned house on the last Spider-Man and could not wait to tear through this one. The added combat techniques - electricity and invisibility - combined with polishing up the physics and control made the gameplay experience markedly better. The music was far more interesting, too, with less orchestral nonsense and more dope beats. Once again, my son, for whom Miles is the true Spidey, was a huge driver to play through this game; the story was what really had me, though, the interplay between Miles and the Tinkerer was pretty compelling. Had some wild bugs but not near the disastrous experience I've seen on Twitter!

A surprise Hello Games joint! Some Journey-esque spiritual vibe combined with some Zelda-esque environmental storytelling, and a charming storybook world. Did its business and moved on, without wearing out its welcome. This was a joy to play.

Lotta Minecraft fever in my house, both my kids play often, together, solo, and with friends and family. So an isolinear dungeon crawler in the same style felt like a no-brainer. The entire family, my wife included, got into this game, which quickly exposed the absurd difficulty curve as you add players. Fortunately the kids didn't get as frustrated as I did having to replay levels after getting quickly wiped by OPd mobs. The visuals, enemies, worlds, and weapons were fun and clever adaptations of Minecraft standards. Patching improved (but did not completely fix) the horribly useless currency and trading systems - you try explaining to a five year old why you can't just give him an item in your inventory for which you have five duplicates. Performance on the Switch was pretty bad too. We saw past that, though, and found a ton of family fun and a newfound love of loot farming.

My biggest complaint is the difficulty curve. A lot of grinding has been necessary for what amounts to Diablo Jr, and the last boss is so hard I think my son's given up on the game altogether.

The trailer for Windbound sold me a bill of goods - Survival/roguelike Wind Waker/Breath of the Wild. And some of that was present: a colorful, peaceful world with interesting characters and lore, with a perfectly functional crafting system, lovely music, and okay sailing. Somehow it ended up being far more than the sum of its parts, and despite having fewer weapon options than it should, and some frustrating control and physics, I couldn't put it down. Scanning the horizon for towers, scrambling to fix a broken boat, and exploring new islands never got old. This is one of the only narrative-based entries on this that I can see myself going back to.

I've loved William Gibson's work for a long time, and while there've been a lot of dystopian-future-hacker-ninja games, this one's really nailed what I picture when I read Neuromancer. A little too closely - I know Cyberpunk 2077 is based on the Cyberpunk 2020 RPG, but it does copy a lot of Neuromancer wholesale. I don't mind, though, as it makes a helluva game, taking the best elements of Fallout, Grand Theft Auto, and The Elder Scrolls into the setting. I love exploring the environments, the challenge and tension of combat, the loot, and the visual aesthetic. I'm so happy seven years of development wasn't wasted, and that this game met my expectations.

Stuck in the house all year, the four of us have been enjoying a lot of family video games. Minecraft Dungeons and Super Mario Party are lengthier commitments, and so Boomerang Fu really took over as the couch co-op game of choice. We've put a LOT of hours into what is at its core a delightfully simple but perfectly designed arena combat game that gets nowhere near the recognition it deserves. The food characters are flawless, the physics are well tuned, and it is well suited for human or bot matches. I can't wait for a sequel, where I'd love to see more arenas, power-ups, characters, and different music. Give me more!

Absolutely was not prepared to fall in love with this sprawling adventure, or to play it to near 100%. Easily the best art direction I've ever seen in a game - I took a billion screenshots, everything was so gorgeous. Incredible music, fairly rote but still compelling story, excellent and engaging combat. Certainly felt like it started at Breath of the Wild and then outpaced it. Easily my favorite PS4 game and possibly the best in the generation?