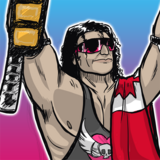 Is it the shoes?

Back in the good ol' days of 2011, I began giving advice to help people get the most they possible could out of their PAX adventure. Over the years, with the help of countless duders, we've built what I think is a pretty great strategy guide. Whether you're a PAX rookie or this'll be your 16th PAX like me, this is for you. As the last few versions have been, this one is mostly unchanged aside from some minor updates and of course the info specific to 2016.

The Washington State Convention Center is a little old and a little small, but it is in a perfect location. Anything you could possibly want to see or do in Seattle is within walking distance (or maybe a short monorail ride). From the moment you get off your plane at SeaTac, you can walk to the Lightrail, pay less than $5, and ride all the way into downtown. At that point, you’re close to all the major hotels, the Pike Place Market, dozens of great places to eat, an arcade, a 5-minute monorail to the Seattle Center (Space Needle and music/sci-fi museums), and, of course, the convention center.

For popular panels, you're going to need to line up early if want a good seat. As a general rule, I'd suggest going to most panels an hour early. For the super popular ones, there's a bit of loitering skill involved. Enforcers will not allow you to line up until the line for the previous panel goes inside, so...do what you need to do to get in the actual line as soon as that happens.

Fortunately for us, the panel that is in the main theater before Giant Bomb/CAH on Saturday is ending an hour and a half before GB/CAH starts. So, even though there's not a panel immediately before it, I'm sure some of you crazy duders will be trying to line up super early. It's never been in the main theatre before, so please listen to the Enforcers and line up where you're supposed to.

Note: The Main Theatre is at Benaroya Hall, which is a symphony hall located several blocks away from the convention center. It's located at the corner of Union & 3rd. Make sure you give yourself enough time to walk down there.

Enforcers are a legion of volunteers that make PAX run efficiently. It would be a hot mess without them. In the old days, they would don the black. But, now that there are multiple versions of PAX, Prime Enforcers are coated in blue. If you need help with anything, just look for one of them. They’re never too far away. And if they ask you nicely to do something (like move out of an aisle/walkway), please do so.

Even if you don’t normally use Twitter, you should sign up just to follow these accounts while you’re at PAX. It’s the best and easiest way to get up-to-the-minute updates on what’s going on.

Here's what you need to bring with you especially if you're coming in from out of town.

Most places (including vendors in the expo hall) will take credit/debit cards, but it’s probably a good idea to carry a little cash just in case. And if you need to hit an ATM, do it early in the day as they sometimes run out of money later on.

Whatever your style of choice is, bring one. Don’t rely on getting a free bag at the show. They’re often cumbersome and there’s no guarantee you’ll find one anyway. Trust me…carrying a bunch of random stuff you pick up throughout the day is going to suck without a backpack. If it has weight reduction effects, all the better.

Duh. You need your phone. But don’t make a rookie mistake and forget your charger and/or wall plug. Pro Tip: Turn your brightness down as far as you can tolerate. Keeping up with your friends at night through texts and/or Twitter is gonna be tough if your phone dies by 2 PM.

Strongly consider buying an external USB battery pack. It’s been a life saver for me the last few years. Worth every penny. Plus, if you get an adapter, it'll keep your 3DS and/or Vita truckin' too.

You will undoubtedly find some downtime (like waiting in line), and you will never be in a better place for local, handheld multiplayer. And then there’s StreetPassing. Oh…the StreetPassing. You gotta get them puzzle pieces! And Nintendo is notorious for releasing new puzzles during the show.

There will be dispensers scattered around the buildings, but do yourself a favor and toss a little bottle in your bag and use it every time you play something.

If you can fit it in your luggage, this is a veteran move. You might get a cool poster at PAX. You might even get it signed by Todd Howard. Make sure you have a way to get it home without crushing it.

Yep. A trash bag. Just throw it in your luggage. Using it for dirty clothes will keep your stank-ass, sweaty socks off of the cool stuff you bring back on the way home.

Here's a few things that you should do every day. Every. Day.

For the love of Bristlebane, please! It’s not difficult. You're probably paying an arm and a leg for that hotel room you got, so use those amenities.

Walking around for eighteen hours a day for four days requires fuel. It may sound crazy now, but you might actually forget to eat and stay hydrated. There’s a ton of awesome places to grab food in downtown Seattle. Try to eat two actual meals a day and carry some snacks for in-between. Alternatively, you could attempt to live on doughnuts for four days. Just don’t get trapped by that Subway on the 4th floor. You’re better than that.

Don’t spend all of your time in the convention center. Get out of there once in a while, get some air, grab some real food, see some of the city, etc.

There’s a special vibe that envelops PAX. If you’ve ever felt weird or strange about the nerdy things you love, know that you’ll never be in a place with more people that enjoy the same things that you do than you ever will be. So, be yourself. Talk to random people in lines. You’re going to have a blast. Welcome home.

Now that you've got a checklist of what to bring and some daily advice, here's some tips on how to prepare.

Guidebook is the best, easiest way to keep up with all the official PAX info (schedule, maps, announcements, etc.) Plus, Dave & Coonce work there now, so you know it’s gotta be awesome.

The schedule is out now, so start making a list right now of the panels you may want to see and any potential games you want to play. Compare your list with your friends and get a rough idea of what you want to see and do. Inevitably, you’re going to have make some tough decisions as multiple things you’re interested in will overlap. Accept the fact now that you can’t see/do everything, but if you go in there with no plan at all, you’re going to be overwhelmed.

Shit happens. Panels get full faster than you thought. Lines get too long to be worth it. The game you wanted to play might actually just be a presentation. Try to have a backup whenever you can. If all else fails, just go spend some more time in…

Arguably the best part of PAX is the slew of indie games available. And, over the last few years, the Indie Megabooth has established itself as a primary feature of PAX. It houses over seventy games from nearly as many developers and you could spend hours there. It’s also great because you can play a bunch of games without waiting too long. If you see an open station, play it! I don’t care what it is.

The expo hall is an amazing spectacle. No doubt about it. But, it's also a trap. Get the hell out of there and do some other stuff once in a while. PAX has so much to offer aside from the expo hall and you shouldn’t miss it. Head upstairs to the Classic Console and Console Freeplay rooms. Hunt down the Classic Arcade. Head down the street to the Tabletop arenas. You get the point. Go do stuff.

A couple little words of warning from a PAX veteran. You'll thank me later.

We all love free stuff, but seriously…don’t be that guy. Don’t wait in line for 45 minutes to play a game you don’t care about just to get a shirt. And please don’t loiter around a headphone booth hoping to catch an inflatable hat. You will get free stuff without trying too hard, so don’t let SWAG ruin your PAX.

Okay, lines are unavoidable. If you want to do much of anything at PAX, you’re gonna wait in some lines. But, this is on the “don’t” list simply to help you make good decisions. Do you really need to wait in line for an hour to play Deus Ex: Mankind Divided when it just came out the week before? Think about it. Do you really want to wait in line for an hour to watch a new Final Fantasy XV trailer that will be online Tuesday morning? Time is precious at PAX. Choose wisely.

Three PAX traditions that should not be ignored. Your interest will likely depend on who is involved, so take note.

The “Storytime” session is typically a great opening ceremony for PAX, especially for first-timers. But the Penny Arcade Q&A no longer immediately follows the keynote, so unless you're a fan of the speaker, it may not be worth it. This year’s speaker is Amy Hennig, who most people will know from Uncharted and whatever that Star Wars game is gonna be.

On Saturday and Sunday night, Benaroya Hall will be rocking late into the night. Whether you know anything about the performers or not, the concerts are a great time especially if you don’t have any other late night plans. Friday’s lineup includes "The Video Game Pianist" Martin Leung, Bit Brigade, and MC Frontalot. Saturday night will feature the Triforce Quartet, The Oneups, and Super Guitar Bros.

The Omegathon is an elimination tournament that takes place throughout the entire weekend between a couple dozen attendees who were randomly selected prior to the show. The final game is always kept a secret until the very end. It’s usually a great closing ceremony, but it totally depends on the game. I’ve seen some great ones like Vs. Excitebike, Ikaruga, Trials Evolution, and (inexplicably) a stuffed animal crane game. But, I’ve also seen some pure train wrecks like Spaceteam and Cornhole. So, I can’t recommend it as much as I used to, but it still has the potential to be awesome.

Except when it does. There’s a few notable changes to PAX West this year that everyone who’s been before should be aware of.

Well, that's all I've got. If you have any suggestions, comments, suggestions, or complaints, let me hear it. As always, hopefully this will help some people out and maybe I'll see some of you at PAX. Let me know if you spot my Mii in StreetPass too. I'll probably be the idiot who's most recently played game is the Seattle Mariners logo. Anyway, it's gonna be a blast. Have fun.

P.S. - Don't forget to get all your eSports Entertainment news at LeagueOfHeels.com!