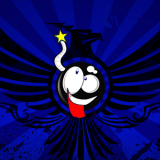 Wow, so this is now pretty much a completely different system from when it was unveiled. As shitty as their initial vision was, I would have respected them more if they had stuck to it. At least partially so. All the changes they have made are most likely smarter business decisions, but it gives me the impression that they are radically redesigning everything in a relatively small time frame so they can be competitive with Sony during the holiday season. Hopefully all of this isn't as complicated and rushed as I'm imagining because this paints a picture where we could have another disastrous launch for a Microsoft console.

This is pretty much how I feel.

Microsoft having a Kinectless SKU at all seems to go against their plans for it. No developer in their right mind would even give two shits about it if wasn't standard with EVERY Xbox One. The only way to get some potentially interesting games out of it (keyword: potentially) is by forcing it into the homes of everyone who buys one, whether they want it or not.

They wouldn't develop exclusively for Kinect anyway. Just like how you said "no developer in their right mind" would limit their userbase (to those with just Kinects), they similarly wouldn't wall themselves into just releasing on one platform when they could easily release on two or three. The existence of the PS4 makes compelling Kinect games something that will likely never happen, or that will be incredibly rare.

I've said it before, I'll say it again: this thing was one of the most AMAZINGLY well-executed Kickstarters of ALL time. I'm not going to call it a "scam," because it clearly wasn't. They've shipped EXACTLY what they promised, they just used words and phrases that were SPECIFICALLY designed to manipulate and appeal to internet elitists who think they're above being manipulated. It was brilliant and I applaud them for it.

I don't know a single person who bought an Ouya thinking they were getting anything other than a Tegra3 Android device for TV. The appeal here is that it's a set top box, not that it's a new console, regardless of how it's positioned. The only novelty here is they've got their own storefront, much like the Amazon Fire, but at least it's got expandable storage. Anyone who expected more than that is damn fool who can't read between the lines.

There was no manipulation to be seen here, people got what they wanted, a box that would play emulated games and stream media, run apps like Pandora into decent speakers. The hardware was well made aside from the controllers, which were a disappointment, but really, the only people losing here are the venture capitalists who didn't know better and sunk millions into this expecting a big payday, or the people employed by Ouya, who put their faith into the device.

I hope they're making a profit on the hardware, because that's the only profit they're likely to see short of one or two app purchases. If they're taking a loss on the hardware and gambled it all on marketplace sales, then the only ones they've been misleading are themselves.

Damn, I missed the memorial shirt? Will they make more? I want to contribute.

And I'll wear it out of the house, absolutely.

Love you, Ryan. Always will. Joining the chorus as another number of the people that will miss you like fucking crazy. You made a difference.

@dixavd: Probably the number one consideration for "do I need a hypervisor" is if it saves you money. Instead of building 2 separate machines within the Xbox One they can support both the games and apps on one machine through the use of the hypervisor.

The problem is we're walking into this with the assumption that a second machine needed to be built at all. That I'm even typing this in response now means I have at my disposal already everything that will be included on the app side of the Xbox One. They've made a solution that's in search of a problem. It solves that problem for the one guy out there that loves to post on Twitter from his 360, but finds the whole process too slow for his liking, at the expense of resources for the games presumably everyone is buying the system for. Incidentally, fairly sure that guy isn't Major Nelson. It really should be. You'd think they'd give him a per-tweet bonus if he used the Twitter app on 360.

500GB is the low end at this point. Cutting size to cut costs after a certain point results in diminishing returns, and in some cases price increases, because certain sizes aren't even being made anymore. A new original 20GB 360 HDDs would probably cost more than the 500GB drive at this point. Production lines winding down are probably the #1 reason for size increases during this past generation.

Kinect is also going nowhere. Not only did they make it the cornerstone of their UI to the point it made sense to force inclusion in the box when they could easily ask for $100 separately and not appear to be $100 more, but if they did backpedal from it, literally everything they talked about during E3 would be gone and they'd have zero talking points. "What's new with Xbox One? Kinect and a digital library." "Oh wait, those are both out? Well, um, I don't know..? Blu-ray, I guess..?"

They won't cut costs just yet, but may include free games to offset perceived cost. They also might be smart and start selling backward compatibility packs. Right now BC is the only thing that might make me change my mind about not getting one. As it is they're releasing an HD Wii that I have zero investment in, because they flushed my XBLA library for whatever reason.

Awesome. I hope you do Laura Bailey at some point. She's done a huge range of things between young saiyan Kid Trunks in the DBZ series (and games) and an assorted range of incredibly recognizable lead roles like badass Rayne from Bloodrayne, Resident Evil's Sherry Birkin, sexpot Catherine, Serah Farron from FF XIII, the primary female voice for Saints Row 3 and 4, and for the Persona connection, Rise Kujikawa. Probably my favorite voice actress to date, and she's super nice. I ran into her a few years ago and she improved some voice acting my outgoing voicemail message for me along with Chris Sabat. Probably one of the coolest things ever was having Vegeta and Kid Trunks greeting my callers for a few months.

I'm saying this as someone who was (is!) heavily invested into the Microsoft ecosystem, this doesn't mend my view of them at this point. It's like hearing about your sister's boyfriend and how he physically abuses her. After the fact, you might find out that aspect of it was blown way out of proportion, but all those other dickish behaviors and actions still feel like a good enough reason to intensely dislike the guy. I'm still reminded that Microsoft is completely cutting off access to the stuff I paid for on 360. Sony at least is offering their back catalog via streaming services, they're making an effort. Microsoft still feels more calculated and user-hostile.

I feel the damage is done. This will mitigate it, sure, but a lot of people were motivated to preorder a PS4 after the E3 press conferences that otherwise would have gotten an Xbox One, and a lot of people warned friends away who hadn't seen or kept up with the latest. Now the onus is on them to go back and retract those statements and there's really no reason to do so. It's human inertia. A large enough force will get them moving, but removing that force won't necessarily stop that momentum, and it definitely won't reverse it.

The best part is that Sony learned their lesson with the way the public completely ignored the update to the Walkman that was completely riddled with DRM. Shockingly, while people will put up with DRM if they have to, if there's a path of least resistance, they're going to go with that every single time. It was a lesson lost on Microsoft.

So based on the description, is he remaking one of the Agarest War games?