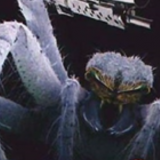 I don't have anything more poignant to say than what must people here have already said, but yeah, it sucks.
Money speaks, and these people bought the game and spend their (or more often is the case, mom and dads) money on the game. Devs don't really want to ban money. Combined with the head ache it can be to actually report this stuff, combined once again with how many people do it.
I don't know what the solution is, but whoever figures it out one day deserves a noble peace prize or something.

I'm thinking.
Jon is of course fine, he isn't dying this season.
Gendry just shows back up and has the whole 'true lineage' thing going for him, that would be a pretty weak wrap up to that story just to kill him off up north.
The Hound could do a whole noble self sacrifice thing, but everyone is really counting on that brother v brother fight.
Jorah just got that 'please don't die coin', ironic deaths are popular, I always imagined him dying to defend Dany or in front of her at least.
Tormund doesn't really have anything that needs resolving, he is just loose ties that might be cut, I mean I love him, and I want Brienne and him to do anything together, seriously a hug or something! A kiss on the cheek! Anything! But that isn't reason for him not to die.
Thoros: Knock Knock. Whose there? Thoros. Thoros who? EXACTLY. Dead, and it can't count as the death, someone else has to bite it. He's the 'oh and he also died' death. Maybe before the actual death to show everyone how dangerous the situation is.
Berlic has the whole 'I can come back from the dead too ya know!' thing going on, but this could be what his god wants him to do and then let him die.

TLDR: Berlic, sure why not? Thoros, haha, of course. Then either Tormund or Jorah. Gendry, Jon and the Hound are safe.
I'm usually pretty miss on this stuff though haha.

Anyways, besides all that, good ass episode. Dany was actually kind of scary for once with the whole burning a father and son alive thing. Gendy hammering those two dudes was great, and I mean even before that, you could see him holding himself back, but striking when he had no options left, that was cool, sign of a good leader? Gendry for the throne? Probably not.

So does everyone hate Brad Muir now?

I'm going to start a petition to change his nickname from :D to D:

I feel bad for the guy though, this is a rough reaction to your first game at your new work.
Even if it winds up being the worst game ever made for all time, he's just still so likeable though. :D

If your play goes anything like my play went, people built the game up to be so bad so often that I was expecting something much worse than I got and was pleasantly surprised. The internet over-reacts and over-judges everything, so if you go in expecting the worst, you probably wont actually get the worst, and will then just judge it on it's own merits, which to me was a mostly fine (if not good) game.

Yeah it's fine. I wouldn't go on about it being our destiny though. Unless you're talking about all forms of human tinkering, and not just merging man with machine in a rather crude fashion.

Yeah I'm with you, I'm fine with it, but I don't look at it as our destiny, it's just something that if we as a species are capable of doing, I think it's fine to do so.
But I don't look at it as some grand thing where one day all our minds shall be one as we meld with the maaachiiiiiiiiiiiiiiine!
It's just cool technology advances all the time, and if you can use it (without harming others) go for it.

Obviously Deus Ex is far ahead in the future though, we still get impressed when someone can lift a pencil with prosthetic arm or run on prosthetic legs. I know there have been things done more advances then that obviously, but it is far and few between.

When Brad Muir was hired by them, I had a moment where I was kind of worried he wouldn't actually make any games and just make like, hats or some shit.
I have zero interest in any card game, but good for him he got to make something.

I remember when I used to be excited when Valve did something, they even soft announced those VR games a while back, and I just don't care. The silence and unfinished nature of Half-life was rubbish, they let their store flood with the most garbage of games (and developers) without caring, and now their latest game is another card game. Whoop-de-dooo. Gabe reminds me of George Lucas at this point, just let someone else take over because you're ruining everything.

I cast my vote for Call of Duty. I've been a fan of the series since the original, and while nothing will probably exceed the glory of those old-school, 64-man shootouts, I'm ready for another good World War II FPS.

Yes! I'm with you, I loved multiplayer in the original Call of Duty's (United Offensive is probably where I stayed most). I know Call of Duty has changed to much to recapture that feeling, so I'm not going to jump in on pure nostalgia alone just to find myself disappointed, I get they do shorter matches, less players, perks and all of that shit, but I'm crossing my fingers it captures some of the original, in its own way.

I feel your pain to a point, on my second ever match, I got to 2nd place and I lost first place because I ran up to the body of the 3rd place guy who just died leaning against a building and thought it was the other guy, so I was just blasting a dead body for a few seconds before realising what was happening. Then the guy who won 1st, threw a smoke grenade up and over the house and I got distracted by that, and he ran up behind me and killed.

So this guy just saw some idiot letting out rounds into a ragdoll.

I have a pretty weird set of key changes myself (UHJK instead of WASD for instance) I've never changed the firing key, have some sort of custom gaming mouse type thing?

The ballista (it's not a scorpion, Jamie! Far too big for that, although technically both are supposed to have multi-man crews and that shit swiveled like Qyburn pimped it out with hydraulics but whatever) was far more dope than I think most of us gave it credit for.

It was better than it's initial scene showed off that's for sure.
I still think it's fair to think that initial scene was silly though. "My big weapon idea is!... This thing that exists already."
However that thing that exists already is pretty good, killed a dude, brought a dragon to the ground, don't know if the swiveling around was the show runners saying "fuck history!" or saying "no, this one can do that because it's cool!"
Still, good ass scene though.

As just about everyone is saying so far, no way no how is Jamie dead. This show gives us bodies, the only 'is he or isn't he?' to that scene is if he's captured by his enemies, or rescued by his allies. Still that cut to credits made me want the next episode nnnnnoooooooooowwwwww.

Also with the episode count we have, Dany and Jon need to get over this whole bend the knee thing or don't real fast. We get it, they need to bump heads a little, they've done that, just figure it out next episode already, we all know they are gonna become allies, I'm not tantalized, I'm annoyed. Unless they completely pull a twist and have one kill the other one, this whole part is lame to me. Just have Jon promise to bend the knee once the white walkers are dead, it wont matter at that point, and make the promise in front of everyone at her place, done.

I mean, both of these ideas stem from that Gladiator battles existed for real. So when you base something off of a real life thing, it's possible you skipped other entertainment/art based on it because you had the groundwork for the actual events instead.

If she did know about it though, so what? In all honesty, so? It's different enough, besides kids murdering kids on an island of murder, they don't really share much else. If it was a one for one re-telling that's obviously different, but it shares a theme or two? Big deal.

That would be like people getting mad at Nolan for making Dunkirk because he knew Saving Private Ryan existed and that was also WWII. Yeah, but so? They're different enough it doesn't matter.