by Jeff Gerstmann on August 19, 2016
Share:TwitterFacebookReddit

Adam Jensen's return is largely successful, even if the conspiracy surrounding him could've been a little more engaging.

The nuts and bolts of the latest Deus Ex game probably won't surprise you at this point. It has the things you expect from this kind of action/stealth role-playing hybrid, like skill trees that make you better at hiding from enemies, or abilities that let you speech-check your way through encounters that might otherwise turn violent. It also wraps its story in the familiar trappings of conspiracy, name-dropping "the Illuminati" like that's something you could just say with a straight face in 2016. Or 2029, as the case may be. Deus Ex: Mankind Divided is a sharp, exciting action-adventure game that feels good and tells a decent, if somewhat shallow tale.

Two years have passed since the events of Human Revolution and Adam Jensen isn't 100 percent sure where he's been and what he's done for some part of that time. He's currently splitting time between working with an Interpol-run task force and spying on that task force for a loose crew of hackers called the Juggernaut Collective. Mankind Divided doesn't necessarily require knowledge of the previous game to make sense, but players can optionally view a 12-minute recap that did a great job of reminding me what, exactly, that last game was about. In Mankind Divided, the after-effects of the previous game's "Incident," which caused augmented humans to go bonkers and become crazed murderers for a brief period of time, have led to widespread fear and distrust of augs, which manifests itself throughout the game as good old-fashioned racism. The lines for the trains are split up into "augs" and "naturals." An augmented "terror organization" is blamed for attacks on the general populace without proof. People even have a slur or two used to denote cyborgs. Though some of the game's side missions do a better job of humanizing this conflict, the game maintains a fairly surface-level approach to these heady issues. Considering the way the game's pre-release marketing threw around way more intense and/or misguided phrases like "mechanical apartheid" and "aug lives matter," you might have expected a more thoughtful--or, alternately, a completely careless--approach to a topic that reflects back onto the real world in a couple of different ways.

As it stands, the narrative is fine, if somewhat forgettable. Jensen spends the vast majority of the game in different sections of Prague, which has become a ground zero of sorts for human/aug tension. There are plenty of different factions at play, from the shadowy government-controlling conspiracy at the center of it to an augmented rights organization that swears they're non-violent to Russian mobsters, dirty cops, a hilarious little underground newspaper, and so on. By the end I felt like I had stopped "the bad guys" without getting any more insight into who "the bad guys behind the bad guys" actually are or why any of it matters. The game also doesn't come up with many meaningful combat encounters. On one hand, this solves the boss fight issue some had with the previous game, though I don't know that "remove almost all boss fights" is the most exciting solution. Perhaps that speaks more to my non-lethal, very conversation-focused approach to the action, but by the time I got to the boss fight in Mankind Divided, it felt like I hadn't had enough trigger time to be actually comfortable with the combat controls, making the endgame more of a hassle than a satisfying conclusion. I ended up enjoying more of the side missions than the actual story itself, though the narrative does provide a good setup for why, exactly, you aren't starting out just as powerful as you were at the end of the previous game.

Adam Jensen's undergone some additional modifications, resulting in some "experimental" new abilities. These pop up on the skill tree after the game's tutorial, but unlike the rest of the skill tree, which simply unlocks as you spend points, the experimental abilities cause extra strain on Jensen's system. So to use them--at least at first--you'll need to completely disable other parts of the skill tree. This creates a bit of a balancing act between abilities that probably would have been cooler if the experimental abilities themselves were more interesting. I ended up playing most of the game without them, and since the game needs to be balanced to support any playstyle, I never found myself wishing I had the ability to execute an air dash or really needed an augmented, ranged non-lethal takedown. Walking up behind enemies and pressing the takedown button works just as well and doesn't require any ammo. Still, the tree does support a somewhat wider range of playstyles with these abilities, and that's cool. Of course, if you just want to play it like a shooter, you may find the gunplay itself to be a little lacking. You're given plenty of weapons to choose from (including a better-than-average shotgun, which became my go-to weapon when things went bad), but most of them never felt great to use, and the movement never feels snappy enough to make the action feel like a top-tier action game. The shooting is just fine for an action-RPG with a stealth focus, though.

That blend of stealth and shooting is joined by your active and passive augments, which determine the options you might have at any given time. This results in each building seeming to have the same few types of entry points. Did you spec in the direction of the gas-resistant lungs? Maybe the poison-filled passage under the building is the right route. Did you spec up in hacking? Just hack the keypad at the back door. Want to just waltz past the guards? Active camouflage makes you invisible for brief moments, more than enough to get you past any stupid guard. Or hey, maybe you just want to shoot everyone. I primarily played a stealthy style and focused my points into opening up as many of these different options as possible, just in case I needed one over the other. By the end of the game, I felt like I was more or less able to do anything, hack anything, and be everywhere. But that still usually translates into skulking up behind a guard and hitting the takedown button, which awkwardly cuts to black, displays a canned takedown animation, and cuts back to the action. At times the hard cut to the takedown made me feel like I was playing some kind of neoFMV game, which I suppose isn't all bad.

My favorite part of the previous Deus Ex game was the world it built around the game. All the little lived-in parts, screens full of corporate emails, streets full of disenfranchised people with little bits of dialogue to spit your way... it sounds contrived, sure, but all that video gamey stuff really struck a chord with me. Mankind Divided is better at distilling some of this down. There seem to be fewer laptops to hack and emails to read, but the messages you get are usually of a higher quality than what you saw previously. Or, at least, they're good at providing a little flavor. On top of that, they've got a craftable "multi tool" in the game that you can use to hack one normal object automatically, regardless of your skill level. This eliminates that feeling that you're missing out on some meaningful thing, just because you haven't gotten around to building your hacking skills up to level five. That's a smart addition that left me feeling like my one playthrough was plenty, instead of feeling like I missed a bunch of minor stuff and having to decide if I want to go pull apart my old saves and go a different way.

Most of the game is set in Prague, but that's not quite as limiting as it sounds. The city is broken up into multiple districts that you get to via train. So it does have multiple areas and you can more or less travel between them at will. The end result, though, is that you don't see many wildly different locales--there's nothing here that stands out the way Hengsha did in the previous game. Prague is the game, with a few missions along the way that take you to separate areas for awhile. These trips are also used to phase the city, so you'll get a few different looks (and levels of tension in the streets) over the course of the game.

The mechanics of the story translate over to the game's Breach mode, which is a single-player mode set inside a VR-style world. It has its own skill tree and focuses on individual levels, times, and scores. Here, you typically have to run through an environment, collecting data from nodes as you progress. Once you've collected enough data, you escape to win. I got a little bogged down in the in-universe explanations for all this. Like... why would a VR representation of a security system's firewall have VR ventilation ducts for you to escape through?

But the real issue is that when you remove the action from any kind of cohesive narrative, it isn't exciting enough on its own, particularly when presented as a sterile, featureless environment the way cyberspace appears in Breach. It's a dull addition to the game that feels like the developers needed to add a "living" mode to the game, complete with the increasingly standard (and increasingly dismaying) consumable card pack concept. The additional, downloadable "Jensen Stories" are a little more engaging so far, though only one of them was made available during the review phase. This one, called Desperate Measures, covers a bit of ground from the middle of the game and effectively starts you with a mid-game Jensen, with some points to spend on your skill tree, and a specific story to experience. I'm just not sure why this wasn't integrated directly into the game itself, though, since it just feels like yet another side mission in a game rife with side missions.

I'm left with the feeling that a sequel to Human Revolution could've told a more engaging story, but at the same time I had a really great time crouch-walking through Prague. It might not be an especially surprising sequel, but it all comes together quite nicely, with solid side missions and a mix of action and stealth that lets you mess around and find your own way of doing things. 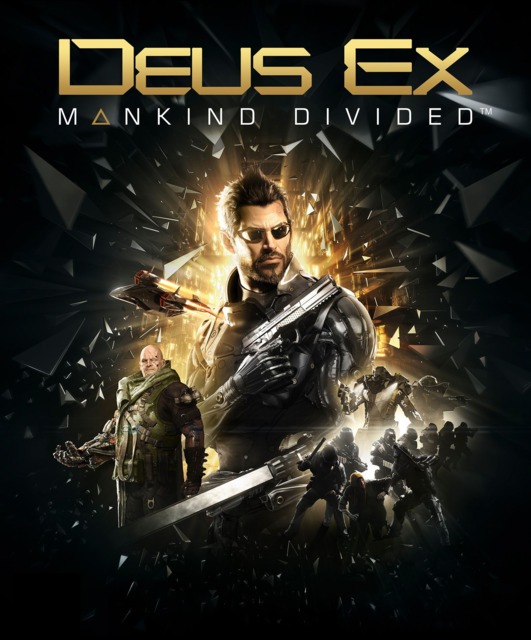