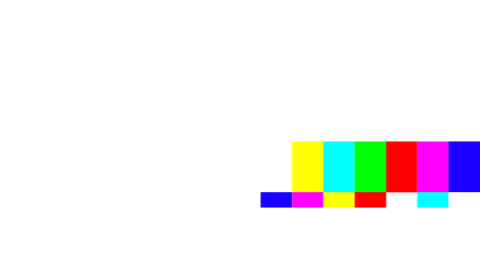 A lot of tall people with top hats this week.

Disappointed that amazing Ichiban Photoshop at the beginning wasn't in the archive... :(

I feel like the only person in the world who doesn't think The Boys is very good. It's not even anti-superhero, nor does it explore what a world with bad superheroes would really look like, it's just kind of a violent buddy cop show where sometimes a superhero does a thing. Maybe the second season is different, but I feel like I was pitched on a completely different show that what I was watching.

hey if John Cena is reading these comments I would like you to listen to my new album.. get in touch plz

Can we get a podcast on The Boys? please

For as much as a weird fever dream that Balan Wonderworld is, it is mind-boggling how aggressively uninteresting everything is at the exact same time.

Oh boy, Balan Wonderworld does not seem very good from that demo, I looked up the price and charging 60 dollars for the full game... Maybe it hss a lot of content?

If things keep increasing in frequency at the rate they have been, we are going to go hypercritical with The Saint and Chain Reaction mentions

Derek Stone, I have never prayed to you. I have no tongue for it.

No one, not even you, will remember the context of these clips. Why we watched, why we laughed. All that matters is that Jeff repeatedly pressing the Word Up button was the hardest chortle I've had in a long time.

Humor pleases you, Derek Stone, so grant me one request: grant me a Best of Giant Bomb named Word Up!

And if you don't listen, then we are a Goth Rock Industrial Band!

This is the first I've seen of Balan Wonderland, and... man. The way the world unfurls like that is nauseating.

I'm dying at Jeff explaining to Brad that John Cena is stuck in a dark zone, and then Brad realizing 5 minutes later he was being serious hahahaha

RE: the missing music on the Destruction Derby game. It worked for me imagining Cemetery Gates over top of it.

Then it made more sense when I expanded that to the first game too.

Hi my name is Tim and I just wanted you all to know that we Tims are the guardians of Happiness Times. We are mysterious creatures that live on the Isle of Tims. Born from the happiness felt by inhabitants of the real world. There are Tims of all colors and personalities and we will help you on your adventure by using our unique quirks. When the hearts of the inhabitants of the real world lean towards positivity, more and more Tims are born. If people's hearts lean toward negativity there will be fewer Tims.

Thank you for coming to my Tim Talk.

It’s fun to goof on but as far as kids games go Balan seems completely fine? Like I’m assuming the target demographic are younger children since it’s a very retro “collect the shiny crystals” affair with very simplistic controls and combat. One button controls for kids just getting into gaming seems perfect. The unfurling of the levels is kind of neat in a fever dream sort of way.

That Destruction All-Stars game seemed incredibly thin for what was supposed to be a full price release. As Jeff said, for a game based on destruction derby there isn’t a whole lot of impact to anything. When you hit players out of their cars it almost looks like they just clip through your car. Overall doesn’t seem all that great.

I played party rock anthem over the destruction all stars bit. Alex is correct.

Jeff "Look At That Corn" Gerstmann

Square Enix is just publishing hit after hit these days.

Boy that Destruction All-stars sure seems mediocre at best. And to have the audacity to originally try and charge $70 for that, man......

Is it a bad sign that I've forgotten and remembered the name "Destruction Allstars" half a dozen times during this show? What a generic-ass name.

Great character animations, but that seems to be pretty much it.

The Boys is pretty much "what if a superhero story was written by someone who hates traditional superhero stories" there is a common theme of superheroes intentionally or unintentionally using their powers to the detriment of everyone around them. It's one of the few comics I've read and I enjoyed it but man is it a dark take.

Balan looks like a virus disguised as a game.

The Balan morphing backgrounds made me feel so ill! So unpleasant.

Destruction Allstars seems like a game that might be fun for a few matches but then becomes super repetitive and boring.

WHAT IS BALAN UNDERWORLD WHY WAS IT MADE

GB you are killing it on all fronts right now!

Best stream in a long time. Absolutely killed it on this one y'all. Made a bad week end on a high note. thank you

I'm happy the couch is back.

just realized they probably named Destruction Allstars with the heretofore unseen "Allstars" because Sony prohibited them from using "All-Stars", for fear that it, as a Playstation exclusive, would be incorrectly associated with Playstation All-Stars

@the_nubster: The first season is definitely early fast-paced to hook you that you'll see em beat a super every episode or so in clever ways while they unveil a corrupt conspiracy. In truth, it's just the first two eps then it's mostly drama between supers and questions of what it means to keep your humanity while gaining power over others. It's an example of America or other powerful countries using the front of smiles and democracy while pushing the limits of their power over others and getting away with it.

Honestly, yes, there is a reason the trend of People who dislike marvel and DC movies liking THE BOYS. It markets itself with fewer superhero antics thus it comes off more mature. There's no climactic fight at the end where buildings are falling and robots are getting beat up. Its the same sales pitch that Daredevil has, that there are more down to earth simple superhero antics. It keeps the cost down and has the presumed idea that the drama is where it's all at. The first season can be a big turn off if you go in thinking you'll get this revolutionary take on the idea of superheroes especially cause the Marvel distractors have already jumped ship before marvel started tackling these same subjects and more, Captain America 2 = conspiracy thriller, Black Panther = ideas on race relations and those in power keeping out of them to save their own hides, Infinity war= Superheroes not wining for once, WandaVision= psychosis and emotional wreckage from all the fighting and superhero antics, Jessica Jones= Assault victims and dealing with the trama,. Sure the first few movies were simple to open the doors but they needed to ease general audiences.

That said, Season 2 will be more your speed. It deals with current-day politics so well people feel uncomfortable. I saw reviews criticizing how no one can use Memes and fake news to manipulate people into drastic actions such as assaulting people for "the cause" and we saw that early this year. The show deals with someone who's

very...ahem...supremacist in values and the idea that homelander looks or puts on the act of a perfect man is dealt with. There are also deeper dives into the psyches of each character that's well done. Religionious cults, an actual villian, speedier reveals. It really is food for those who think superhero stuff is lame since its still giving you what makes superheros fun while tricking you into thinking its not. Tons of real pratical effects as well. The tension is better as too, with the last half once the building blocks are set. I'd say speed view the first bit then watch the rest, it's worth it.

@humanity: Naw try the demo. Its like comparing Croc for playstation vs Crash bandicoot. One can be played by all and enjoyed and the other is unwieldy. You'll still have fun as a kid, but their are too many good alternatives. Why play this when you could play, crash remake, crash 4, ratch and clank, Medievil, sonic colors, etc.

Destruction all stars is definitely trying to cash in on the fad of everyone liking the new free game cause well it's free. Several ps owners stopped buying games and just play free ones with friends. Rocketleague succeeded in gaining money with dlc, cause the base game is fun. I think Among us could make a killin if they sell on PSplus for example. Allstars was made with the intent you get sales and it will blow up. 1/3 of the game can't be played unless you pay money or play for like 30 hours straight.

I'm always impressed with the GB crew. Vinny knowing the difference between a fresco and a relief... just amazing!!!!

Everyone is killin' it during that Balan Wonderland 'Quicklook'. This is why I love this site.

PlayStation Destruction All-Stars looks pretty sharp! Not super fun to watch but I really like the character design, especially the detail on some of the hair. Resident Evil looks okay! Varnished wood and fancy carpets and such. Sound mix was really weird, though. The voices were so, so clean and crisp, it didn't feel like they were in the same room at all. I also thought they were from the soundboard, to be honest.

I don't watch wrestling but I know so much just from Giant Bomb. I didn't need to know John Cena is in the Black Lodge but now I know.

No music in Destruction All-stars multiplayer is super lame. What were they thinking? It's so dull without it.

The return to couch-style UPF has been one of my favorite things. I also like the briefer runtime