WWE 2K14 is the first time a WWE game has released under a different publisher. 2K Sports picked up the franchise following the bankruptcy of THQ, the series former publisher. The hope for wrestling fans is that this new partnership will result in better produced games because under THQ it seemed the series was simply coasting along each year. This game adds to everything that was already there, making it better and the new “30 Years of WrestleMania” mode is a major addition. By and large, WWE 2K14 is the best in the series.

Outside of the addition of a few new game modes and features, WWE 2K14 hasn’t brought too much new to the series. Now those features are great and add new levels of entertainment, but a lot of what this year’s entry offers isn’t much different than the previous ones. There are additional moves, “OMG! Moment” special moves (introduced last year) and new “catch finishers,” but this is only skin deep. There really isn’t much more to mechanics or new moves to get used to. Even after a few months of not playing WWE 13, it was easy to jump right back into this year’s entry and start beating down every opponent that dared enter the ring.

The WWE series has always had its share of glitches and bugs, but for me they have never been anything game breaking or even really annoying. It was typical for an opponent AI to do weird stuff like going out of the ring and start tearing apart the announcing table and then coming back into the ring, or in ladder matches, having the opponent taking the ladder down just to put it back up.

It seems in WWE 2K14 many of those bugs have been fixed, but the game brings its own set of new glitches, but it’s usually only a pain in the story mode when having to do things like grapple the AI out by the steps, and they will repeatedly leave the ring and climb back in. This can make it hard to do what the game requires these objectives to unlock different things from matches. With that being said, for the most part though this game does put up better fights than previous games.

The gameplay, while nothing groundbreaking, remains the solid formula of punches, kicks, high jumps, and finishers. What really matters in this game is, once again, the story mode. Last year was the first time for it and it had gamers playing through a retelling of the “Attitude Era” of the WWE. This allowed players to experience many of the most memorable matches during one of the most exciting times of the WWE. Now under the banner of 2K, developers have taken that same template used for the industry’s biggest event, WrestleMania.

Titled “30 Years of WrestleMania,” this mode covers each of the 29 previous WrestleMania shows over the course of a little more than 45 bouts. There are five eras in this mode, “Hulkamania Runs Wild,” “The New Generation,” “The Attitude Era,” “Ruthless Aggression” and finally, “Universe Era.” This means that 2K Sports got to add in many old school wrestlers, some that have never been in a game from this franchise before like Hulk Hogan, Andre the Giant and Ultimate Warrior. They are, of course, joined by many of the regular wrestlers in WWE today.

All the matches are recreated incredibly with great attention to detail. This mode is not just about taking part in reliving the matches, but each match also has a set of objectives players must complete to unlock different in game things. It is in these objectives that the glitches I spoke of earlier come into play. The objectives performed are usually specific slate of moves at particular times during a match or positioning an opponent into a particular spot to set up a big moment. The details in these objectives do a good job at tugging at the heart strings and give a nice feeling of nostalgia for most of the matches. One objective type is referred to as “WrestleMania Moments” which are QTE’s used to trigger key moments that actually happened during whichever match you are taking part in. However, a good amount of these do add up to just pushing a button to see the opponent come up behind you and miss hitting you and hitting the referee instead.

Unfortunately, as the “30 years of WrestleMania goes on,” the matches start to drag a bit, and in the later years there are more and more of the objectives. The problem with the objectives is even though they can take you back as you travel down memory lane, most of the time they add up, and sometimes players don’t control the situation. As more of these are happening, the matches become more about spectating than participating.

Once you get into “Ruthless Aggression” era and into the current “Universe Era”, the matches become much less memorable and frankly, annoying. It’s irritating and ultimately exhaustive as the mode gets into more three-way and four-way matches, and harder to pull off historical objectives. It also doesn’t help some of the later matches end up feeling more repetitive than nostalgic. There was no need to have all three Stone Cold vs. The Rock matches from three different WrestleMania events in here and it didn’t need both John Cena vs. The Rock matches in it either.

Of course it could be said that some of the newer matches haven’t aged long enough to even build the same reputation as many of the older matches have. Outside of those few faults, the “30 Years of WrestleMania” is, by far, the best mode this series has to offer and it will be interesting what they do next year to top it. Maybe they’ll pull from another long running Pay-Per-View such as Summer Slam and we can relive amazing matches like Hulk Hogan vs. Zeus which took place after the movie No Holds Barred.

There is also a side mode, if you will, that is part of the “30 years of WrestleMania” called “The Streak”. As most fans know The Undertaker is 21-0 at WrestleMania and in this mini-game players can either try their best to take down a super hard version of Undertaker, or play as the deadman and take on wrestlers one after another hanging on as long as possible. There isn’t really anything deep here, just 2K Sports trying to do something special for WrestleMania by throwing in a little bonus for the one wrestler that is still undefeated at WrestleMania, and it turned out pretty nicely.

Once you step outside of WrestlemMania-land, the lack of changes become apparent. There are a few changes to the “Universe” mode. You still run week-to-week shows, set up matches and play through the monthly pay-Per-View. The “King of the Ring” has been added as an option for a event, which is something that was added after it debuted in the game last year, but this year, they left it out of Universe Mode. There is also a new rivalry system where you can have one-on-one or tag-teams fight it out over a course of time that you set up. Rivalries can be four weeks, eight weeks, or twelve weeks long and can be for championships as well. It is nothing too grand, but does make Universe Mode that much more entertaining. Players can set up other tournaments as well, including gold rush tournaments for different championship belts, and even user-created belts, which admittedly, come off looking cheap and made of plastic.

The creation section is largely untouched and really offers nothing new, except gamers can recreate a handful of existing wrestlers. You can not do this for all wrestlers however; just a few hand picked ones such as John Cena. This option is here assuming you’ll create different outfits for these wrestlers. I guess if you want John Cena in tights and not “jorts” for a change, you can now do that, although it seems quite pointless. Also doing this does not add to the already existing wrestler. You have to use a created wrestler slot for doing this, which, by now, is strange. I am sure in WWE 2K15 that will finally change, even though it is long over due. I remember being able to change anyone’s attire way back in WrestleMania 2000 on the N64. Also there is still the same old stuff of creating move sets, rings, finishers and so on, but what I have dabbled in is unchanged.

WWE 2K14 is by far the best game in the WWE series thanks the great roster of old school wrestlers, and the “30 Years of WrestleMania.” It does seem with this game that we might be seeing the start of something more freshly than the same old mindless brawler Yuke’s has been turning out for the last several years. It would be nice if 2K Sports keeps them putting real effort into the making of this annualized franchise. There is also the fact that new consoles are coming out soon, and hopefully with that we will see something totally new with the next installment in this series. No matter though, this game is a blast and was well worth the wait. Even with the problems there are and the lack of big changes, the next game certainly has big shoes to fill.

Other reviews for WWE 2K14 (PlayStation 3)

Despite its flaws, WWE 2K14 is arguably the best wrestling game in a decade.On the surface, 2K14 is merely a roster update to THQ's WWE '13. Even with improved gameplay, the engine is largely the same as its predecessor despite a change in publisher. Returning developer Yuke's delivers the same familiar system as the past few games -- which means, if you weren't a fan of the past few iterations of THQ's grappler, 2K Sports' first release won't change your mind.However, those who enjoyed previous...

Add new review * Read the most helpful review by shacks 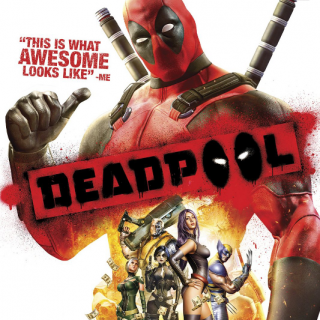