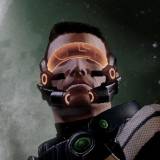 After close to 130 hours i'm finally at the end. After saying my goodbyes i decided that would be the ideal place to end the my story.

My Farewell Tour consisted of:

I'm planning on continuing on in NG+ but i wanted to sell all my junk to have the money carry over. Do i have another chance to sell stuff if i don't go straight home after the goodbyes?

So many great memories have been made playing this, this one however has got to be the biggest yet.

I didn't think the Ski Trip could get any more exciting. I was just snuggling up to Yukiko in the cold shack when the Velvet Lady, Margret, pulled me into one of the craziest dungeons yet. I knew i had to save Marie, i didn't spend all those days getting close to her and making new memories just for her to throw her life away. What i found at the end of the Hollow Forrest was not quite what i expected however, it was she that absorbed the fog that covered the down and she believed that she had to die. I would NOT have that, thanks my kick-ass team of Shadow Killers we freed Marie of the fog that controlled her!

Now Marie is Free to make many more memories with her new friends in Inaba. I can't wait to see what happens on Valentines day!

**Spoilers if you haven't played Persona 4**

Haven't had anything that i felt like adding to this in a while but this was big so i wanted to share. I just saved Nanako from the clutches of Namatame, i wasn't sure i'd be able to beat him since some of the shadows in the upper floors of the dungeon were pretty tough. I guess that's all part of the P4 experience, going into a big boss battle and surprising yourself when you're victorious. One part of the Namatame battle that really scared me was when my whole party(Youske, Chie and Yukiko) all turned against me.

I'll say this about Rise, she is REALLY useful in battle when you get her S-Link up(I still don't even have her at max yet)!

Only Social Stat i have left to max is 'Understanding', can't wait to see what's at the bottom of the Infamous Beef Bowl. :)

So far i'm 15 hours in, i'm lvl 16 and i managed to save Yukiko before the be rain started.  I was lvl 14 when i fought Shadow Yukiko and i was a little scared i would wipe out but i managed to pull it off.  I think i'm getting a hang of the combat and the choosing which skills your fused Personas inherit helps a lot.

One thing i really like is that the Money Hands don't appear as generic shadow blobs and you actually have to chase em around the dungeon.  Also the new Shuffle Time system is nice since if you wanna grind earlier dungeons for money you can just keep choosing the Money card.

Swung by the Shrioku Pub at night and while i didn't have enough gems to buy anything it looks like i'll be buying some of my high level gear from there.  Also nice to know the armor/weapon shop is open late too.

I'm happy to say that my Courage is now at 'Reliable' and in an effort to prepare for midterms i stayed home on Showa Day(whatever that is) to read my study guide.

That's pretty much all feel like sharing right now so i'll just leave you all with this image.
2 Comments

I finally bought P4 Golden for my Vita i thought i'd document some of my experiences as i make the long trek though this awesome game. First off, i'll say that game like P4 feels best suited on a handheld platform. Perfect game for those nights when you can't fall asleep or long plane/train/bus rides.

I'm only an hour in but a few of the things i've noticed that are different from the PS2 version(going by what know from the Endurance Run):

I'm not a big fan of the new intro but i was happy to learn that the original is included in the game under the Extras menu. I'm looking forward to seeing what other changes are in the Vita version.


So i just started playing the game and boy is it scary, deffinatly not a game i'd wanna play with the lights off.  I'm up to episode 4 and the story is pretty good so far, i'm looking forward to seeing how it unfolds.  I really like the light mechanic and how you have to "burn" the darkness off enemies before blowing em away.  I kinda wish they gave you a melee weapon for when you run out of ammo but i geuss that would make the game too easy.

I've been collecting manuscript pages as i stumble across em but trying not to read cause i like to be surprised.  So far i think Alan Wake is a strong contender for GotY, at the very least i'd give it an honorable mention.
12 Comments


I know i've been kind of an appologist when it comes to Game$top on this site but there is one thing that annoys me about them(besides the high pricing on used games).  Whenever i call into a gamestop they allways sound completly ignorant as to what is on the website, i mean IT'S YOUR OWN FREAKING WEBSITE for cryin outloud.  Also, why are some games priced cheaper on the site than in a paticular store?  Assuming that they would rather have you make your purcheses throught them instead of online then why make you pay more.

I just recently called a store to ask them which games were eligible for a certain trade offer and the dude didn't seem to wanna help me.  He just said "tell me what games you wanna trade and i'll tell you if they're eligible or not", i don't have time to run down the list of games i own and i doubt he'd have the time either.  Would it have been that to just say "go to gamestop.com and look under trade-in offers"?  After he gave up trying to assist me i hung up on him and found the list of eligible trade-ins on the site myself.

Feels good to get that off my chest but i still don't why they can't just bring up the website on their computer and tell you where to find what you need.
14 Comments

Since i rented Spider-man 3 this past weekend i thought i'd do a comparison between that and the most recent Spidey game, Web of Shadows.  There's a lot of things i like about both games and i think if those features were merged then it would make and awsome Spider-man game.

1. The Swinging Mechanic:
I'll say right off the bat that i enjoy the swinging mechanic in Spidey3 much better than WoS.  It feels natural and it's the most enjoyable part in the entire game.  It's understandable that the developers of WoS were going for a much looser system that was easier to just pick up and play but perhaps they could have two different options in the next game.

2. The Combat:
Spidey3's combat is pretty boring and and can lead to some very frustrating boss battles later in the game.  WoS on the other hand has a combat system that resembles how you would imagine the Web-head would fight.  Some of my favorite moments in that game were when i used nothing but airel combos fighting a boss miles above the ground.

3. Story:
While disjointed, Spidey3 does a fairly good job of shoehorning in as many Spider-man villians as they can.  One of the things that WoS boasted about was there would be A LOT of heroes and villians helping to fight off the symbiote "invasion" but as it turned out there were only a handfull of characters you could fight along side with(i think FoF had more potential sidekicks than WoS).  In Spidey3 you fight a whole bunch of villians including Scorpion, Rhino, and even the Kingpin.  I probebly speak for Spidey fans everywhere when i say i'd love to see a game where you fight the entire Sinister Six.

4. Random Crime Missions:
I have no idea why this was cut from WoS but it's deffinatly a feature that needs to be in the next game.  Maybe something like where you do more random crime fighting the higher your noteriaty with the city goes.  Also, it may sound uninportant but i'd like to see more photo missions where you can earn money to buy skill upgrades and such.


All of those features listed would make a pretty awsome Spidey game, who knows, maybe even the BEST!  Now the only thing we need is a developer who cares about the fans and doesn't cut corners.

Probebly gonna just try to catch up on all the great game releases of '08.  I'm really tempted to buy a ps2 and Persona 4 since that sounds like the ultimate cure for the "summer blues".

Mass Effect 2(or the first trailer for it)
Bionic Commando: 3D
Stargate Worlds(assuming that whole economic bull is a lie)
Assassin's Creed 2


That's all i can think of at the moment.