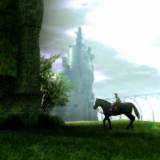 For Edge magazine's historic 200th issue a list was created which contained what Edge believes to be the 100 best games to play today. Since their list was assembled in 2009, it's now a little outdated in my eyes, so I've taken to a little selective editing. Games will be replaced with sequels, but only when the sequel is fundamentally the same game and is taken to now be the definitive game in the series. LittleBigPlanet 2 is a good example, it's fundamentally the same as the first game, but better in perhaps every way. When I can be bothered I've also been adding a little blurb to each game.

If I'm breaking any rules by posting this list on GiantBomb then by all means remove this list, but since it's freely available on the internet I don't see that there's anything wrong with this.