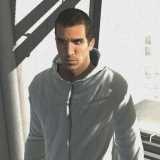 A list of Brad's longest, quickest, and everything in between, "Start to Death" times during official Giant bomb video game Quick Looks (only!).

"Start to Death" is defined as the time elapsed between the start of the Quick Look, and Brad dying, regardless of the method.

Readers are reminded that, "it's tougher to play and talk at the same time, than you think."

Of course, this list is on-going and will likely change as Brad continues to do Quick Looks, but for now it should be comprehensive. To be fair, as well, there are a number of Quick Looks that Brad does not die in... but they are, of course, ignored.

Also, in the case of games with multiple Quick looks, the first Quick look, even if for a Demo, is the one that counts.

This is the original Quick Look Start to Death list, but it seems to have started a trend since it's inception.

Probably a bit of over-kill, but credit should be given where credit is due, right?

RJPelonia did go back to watch every Quicklook video to collect the data for his lists. So, you can find links to other GB members' STD's (unfortunate acronym isn't it?) on HIS LISTS PAGE.

As of March 7th 2012. This list has been officially retired.

After setting a new record on his 100th QL Start to Death Record. Brad has been officially released of his curse... or at least the recording of it. This is partially because the list has become a little too large to easily manage, but mostly because the joke has, unfortunately, seemed to have played itself out.

Thank you, Brad, as they say, for the memories.