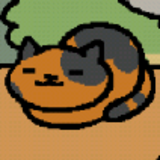 I played games in January 2015, and here's what I think about them.

Hey, GB community. I know we don't talk much (sorry!), but I think you guys are cool dudes. So I'm gonna try to post a bit more on here.

So I've been playing games in January, most of them pretty old, but it's been a nice mix of stuff. Some of these I beat, others I poked around in, and some are strictly multiplayer affairs. Here's how I feel about them in a few paragraphs each. I'll also start putting some of these in my "Conquered Games" list that I've been doing for years since I beat a few of these.

This has been my “go-to” game for the past few months. I've been occasionally participating in the Operation Vanguard “DLC”, where you can play six community maps and complete contracts to unlock bonus gun skins or crates. (I have 18 of the damn crates this whole operation!)

Thankfully you don't need to pay the $6 to play the maps, they're free to play and occasionally the Vanguard cases drop while in game, so it's really only there if you wanna have something to do besides play loads of Competitive Dust II.

I used to play a lot of CS during the pre-Steam and early Steam days, and even bought the mediocre Condition Zero for $40 just to play Counter-Strike: Source early. I still enjoy CS, and CSGO is a pretty solid game in spite of the mixed opinions of the community.

I've been tackling the game's DLC with friends lately. We finished Captain Scarlett late last year, quashed Mr. Torgue's Campaign of Carnage, played a little of Sir Hammerlock's Hunt before going over to Assault on Dragon Keep instead.

Borderlands as a game is a fairly average Diablo-like with shooter elements. As you finish missions, you get better guns, better shields, better powerups, and eventually level up your dude so you can be more powerful. I firmly believe any game is more fun in co-op, even the most mediocre ones, and Borderlands 2 is no exception.

I don't quite get the hate for the writing, though. Mr. Torgue is funny as hell, Tiny Tina isn't nearly as annoying as everyone makes her out to be, and at times it likes poking fun at itself and other game tropes, especially during the Assault at Dragon Keep DLC. I do want to finish all the DLC and tackle the Headhunter missions so I can put this game to bed and eventually play Pre-Sequel before the next big Borderlands game hits.

I played Trackmania Stadium Forever many many years ago, and it was love it or hate it for me. I was annoyed I wasn't passing races, but I couldn't stop playing. It was like a drug. Trackmania 2 is similar but pushes Nadeo's Maniaplanet system, making it a general hub for all the Mania games. It's a shame that the three TM2 environments (Stadium, Canyon and Valley) are basically three separate games and you can't mix and match between servers. It's a bit annoying, but not a real dealbreaker.

If you never played Trackmania, give it a spin. For a limited time, Nadeo made it so you can play Trackmania 2 Stadium and Shootmania Storm free in its entirety until April, and Trackmania 2 Canyon/Valley in a more limited capacity. I'm enjoying the free period, but I'd certainly buy this if given the opportunity.

It's like if The Binding of Isaac had sex with Heretic/Hexen and made this. It's a procedurally generated shooter where you're given characters and weapons to mess with, and fight demons with magical spells and powers. As you progress, you can unlock upgrades like more health, damaging barrels give you health, all that jazz. Since it's similar to Rogue “lites”, expect to die a lot and make only minimal progress until the RNG gods come in and cut you some slack enough to conquer the enemies with ease.

The only other complaints are the enemy variety and how taking damage, no matter how much, acts like you took heavy damage or you're on the brink of death. I hope they fix that and maybe bring some more locales to mess around in.

Ziggurat isn't quite amazing, but for $7.50 I can't complain too much.

Lara Croft and the Guardian of Light

I heard really good things about this one. An isometic perspective co-operative action game in which both characters have their strengths and weaknesses. It's got pure action much akin to a twin-stick shooter, but it has a lot of puzzle solving.

Me and a friend of mine went through the entire game in co-op, and there were a lot of headscratching puzzles and frustrating parts, and pure speed sections that were quite annoying to play through. It was really weird to hear Totec and Xototl voiced by Jim Cummings of all people, and I think that was a bad casting decision.

The best part about Guardian of Light is how they have separate character DLC. Kane & Lynch as well as Raziel and Kane from Legacy of Kain are available as playable characters, replacing Lara and Totec. The gameplay is still the same – One has a grapping hook, the other has a shield and spear – but the dialogue between the characters is different, where Kane & Lynch have truckloads of swear words (granted they're censored completely considering this is a T-rated game).

I wrote about this at length on the Secret Area, my goofy random games blog. It's a pretty spot on Call of Duty parody that was right place, right time. CliffyB was a sneaky bastard.

Disclaimer: I had never played a Gauntlet game. Never touched the original, never tried the 3D spinoffs like Dark Legacy. So I came into this only knowing some stuff about it.

I had some dumb fun with new Gauntlet. Each class has a unique playstyle that's kinda fun. Warrior's pure action, Valkyrie is more defensive with shields, Wizard is a magic combo sort of guy, and Elf is the obligatory twin-stick shooter part.

New Gauntlet is very simplified. Each class's features are pretty much laid out from the get go, special powerups are universal and not unique to each class, and there's only three chapters of missions to play through. What really makes it nice and interesting is that every time you do something, from killing enemies, to getting gold, to even shooting food, it counts towards a stat that may give you more gold, more damage, etc.

Basically new Gauntlet is almost arcade-like in nature. It's built for replaying over and over again. Alas, most of my friends weren't nearly as impressed and abandoned it after beating the game once. It's a shame too, because I thought its arcadey nature made it a good pick up and play sort of game.

I'm hoping that WB Games and Arrowhead keep releasing new content for Gauntlet. Ideally I'd like to see new environments outside of the Colosseum stuff, which is basically horde mode. New classes are a take it or leave it sort of thing, but I certainly am not paying $5 for a Necromancer character. I want new areas to roam around in and complete instead.

After playing new Gauntlet, my friends recommended this, which is similar in scope – a four player class-based co-operative medieval game – but plays somewhat differently.

Players in Forced can choose classes before any mission, unlike new Gauntlet where you have to do that before you get in the game. Completing certain goals, like beating the stage under a certain time limit or beating a miniboss under certain conditions give you gems where you can unlock an additional skill or power for your classes.

There's a lot more strategy to Forced. For one, there's always a magical orb that players can ping to a certain target, like killing a monster spawner, or lighting up torches. It's a bit more puzzle-like in that regard.

I wanna write more about Forced and Gauntlet in depth on the Secret Area sometime, just need to coax my friends into playing Forced a bit more to do it.

I also talked about this on the Secret Area. A budget military FPS made by a developer notorious for bad budget military FPSes, such as Navy Seals: Weapons of Mass Destruction. This game was frustrating, and totally unrewarding. But it's a budget FPS, I had my expectations set very low.

This game ended up being the first game I beat this year, by plowing through the game's co-op mode with friends in a short hour and a half. Then I hopped into the equally short campaign and started shooting dudes while occasionally grabbing enemies to replenish health or use as a shield.

I didn't play the original Darkness, so I can only gleam what the series is like from this game. The game rewards the player for doing unique tricks like killing enemies with spikes or car doors, or using your Darkness powers to wreck whole rooms. Eventually you can spend these Darkness points on upgrading Jackie, such as giving him deadlier bullets while in the dark, or having swarms or gun channeling last longer. In a way, this game reminds me of Bulletstorm's Skillshot system, in which a lot of the same rules apply.

The Darkness II is a very underrated gem. It's not a classic, and for a game based on a licensed title it's merely above average. But I really enjoyed this game. We'll never get a Darkness III, but I totally wouldn't mind playing another “score attack” sort of shooter.

Speaking of co-op, my friends and I need to hop back in and finish the Hit List. Because I had fun with the co-op, where each character had a unique Darkness weapon.

For the first month of the year, the games I played were pretty diverse. Though, I do need to stop buying games like Chrome, Fable III and Legendary and, y'know, actually play them. :P

Also, I apologize for some of the shameless plugging for my stuff. I'll try to minimize that in the future.