What do you get if you combine both Shinji Mikami and Hiroyuki Kobayashi (The geniuses of the Resident Evil series), and the twisted mind of Mr. Suda 51? The result is Killer7. This game takes you to a whole new level that you think it might not be possible, but they did it anyways. And if you think games like Metal Gear Solid or Silent Hill is weird...think again!

Killer7 is about Harman Smith, a sharp-witted, crippled old man who leads a syndicate that travels all around the world in pursuit of ceasing terrorism and any other malevolent activities. The group consist of eight assassins (Including him), but the rest of these seven individuals are his multiple split personalities, each with their own names, origins and abilities. Together they call themselves the Killer7.

The game starts off with Killer7 receiving a mission order from the government to stop the Heaven Smile, an evil suicidal organisation who threatens to take over the world by summoning their minions of suicide bombers, but these minions aren't like any bombers you'd come across. They have some hideous and horrifying features and appearances that's nothing heavenly about them. As you progress throughout the game, you'll meet a bunch of these smiles and will explode and inflict damage when in contact. The only way to dispose of them is to hear the distinctive Heaven Smile laughter, stop and take aim, scan your vision to reveal the "invisible" heaven smiles and blast them. There are a more than a dozen of these smiles, each come in different shapes and sizes but with the same "smile". Whether these Heaven Smiles are real or just a fragment of your imagination is up to you to decide.

Throughout the game you can select which assassins you want to be and you'll have a great time playing around with these characters. The Killer7 are:


How do you change from one character to another you might ask. The answer is by pausing the game, select the character you wish to become and voila. The gameplay in Killer7 is just as strange as the plot in many ways. You can change direction in certain junctions but you don't have free movement over your character. All you need to do is hold the action button and let the game handle it for you. As you progress throughout the game you'll encounter weird characters that had died in some bizarre circumstances and act as your support crew giving hints and tips of completing certain tasks and also providing bits of information about the overall storyline, so make sure you hear them properly. The boss fights and puzzles are another deranged twist because it's either too easy or too lame. Seriously, anyone who plays Killer7 will have no trouble at all eliminating bosses and solving puzzles because the clues and weak points are so obvious.

The Smiths can be upgraded by collecting blood from killed opponents. The Heaven Smiles have weak points in certain part of their bodies and it's labelled as a goldish-yellowish spot. If aim correctly, you'll automatically collect bloods and can be converted into serums to upgrade your characters. Failing to do so will receive no blood whatsoever. Throughout the mission, you'll bump into Harman's Room, a save haven where you can save your game and also convert bloods into serums. Keep in mind that not all Harman's Room are similar because it all depends on how Samantha Sitbon, Harman's assistant, dresses. If you're in the room and she's wearing a maid's outfit, that's a good thing.

Another crazy but neat trick about Killer7 is that your characters can't really die. Yes. The Killer7 crew can't die when you get killed so if you think it's the end of the world, it's not. As a Smith dies on a mission, you'll have to pick Garcian Smith who as mentioned before, is the cleaner who can resurrect his fellow co-workers back to life. Unfortunately if Garcian dies, the mission ends. Bummer. The presentation is probably one of the most amazing aspects in Killer7. It's in cell-shaded graphics and it really fits the whole feel and atmosphere that the creators want us to see, and it works perfectly. The soundtrack, the effects and the voice acting are excellent as well and it seems so flawless just by playing it, which is why I gave it a full mark. But having said that, Killer7 is a really brutal and violent game. Physically and verbally. There are a lot's of blood and gore during the course of playing but if you're already used to games like Resident Evil or Silent Hill, then there's nothing to complaint about. And the only complain I had with Killer7 is that the characters repeat their catch phrases too often which makes swearing sounds fun (Which it's not. Kids, don't follow the things Killer7 does or say. Go to school and have a pleasant life).

In summary, Killer7 is the most delirious and mind-blowing game you'll ever play. The plot is so twisted and crazy which makes it difficult to comprehend and you'll end up asking yourself what the hell is going on. But as the old saying goes: just shoot first, and ask questions later. Killer7 really is a great game in terms of it's presentation and quality and it has that sense of style and coolness in it. It totally revolutionize gameplay and the overall game design. Killer7 is one of the few games that you must buy its soundtrack because the music is incredibly awesome. This is a recommended game for both the Nintendo Gamecube and Playstation 2 and you have to play the game yourself to really understand all the gibberish I've been writing in this review because this is really an amazing game. If you're a fan of action adventure game or games with twisted plots like the Metal Gear franchise, then Killer7 will definitely suit your taste, but if you think it's just too much or a terrible game, then you just lack imagination.

Other reviews for Killer7 (GameCube)

A politically-charged and intriguing story with a bizarre yet colorful cast can only do so much with gameplay this poor. 0

If a game has a good story, often the player can look past its other flaws and issues because they have an interesting tale to experience and travel through. Killer7 is a weird game in this regard since it has an interesting story (while being head-scratching right to the scalp) but has atrocious aiming controls that limits its combat. I&rsquo;m placed in the precocious position of recommending the game for the experience it has to offer but also thinking poorly of it for its gameplay. It&rsquo;...

An absolute masterpiece, must be experienced! 0

Killer 7 is the first of Suda 51's games that I had the pleasure of playing. At the time, I just wanted to see it, because I heard it was a very violent game on a Nintendo console, and I just wanted to see how much they could actually get away with. Little did I know, sitting there on my couch with the title screen creepily screaming itself into place, that the game would be so much more then that.First, let's just talk about the graphics. The graphics were extremely innovative at the time, tak... 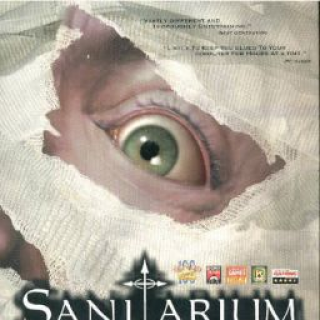 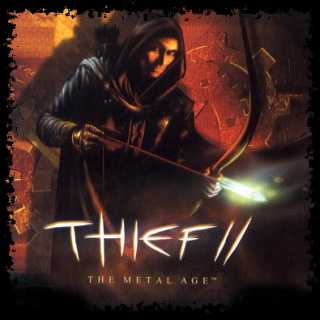