Check out this week's edition of The Community Spotlight and take your mind off the fact that, in some parallel universe, Persona 5 still comes out this week.

Hello and welcome to the latest edition of the Giant Bomb Community Spotlight and I, @zombiepie, am once again honored to be your host this week. This week, as notable video game releases such as For Honor and Nioh grace western audiences it appears we are slowly but surely making our way out of the "Winter Game Drought." Regardless, the Giant Bomb community has been up to a number of interesting and creative projects this week. Speaking of which, let's get on with the site related housekeeping as this week there's actually quite a bit!

The fourth annual Giant ROM, Giant Bomb Game Jam, has officially concluded! That said, please feel free to try out and play all of the wonderful creations spawned from the event. How can you say no to a game called "Lang Attack?"

The Giant Bomb Street Fighter V Season 2 tournament is officially accepting sign ups! Get the details on how to join the fun NOW!

Are you playing on the new Elysium vanilla World of Warcraft server? Luckily for you, we have a new Giant Bomb community guild just for you

I Made A Giant Bomb Thing (By: TestingTesting9)

I know, I know. You might think you are tired of watching Roundabout videos, but this one for "Sheikh Zanzibar" is too PERFECT to ignore!

morehandclaps' warm-up sketch this week played around with Jason on the Bombcast last week. Many thanks to her for doing so!

Future For This Is The Run (By: thazMeInTheBack)

thazMeInTheBack had fun contemplating possible next installments for This is The Run after having buckets of fun with the Contra edition.

This Is The Run Webcomic (By: Paul Abbamondi)

Over on Tumblr Paul Abbamondi illustrated his favorite "This Is The Run - Contra Edition" quote into webcomic form.

A Seven-barreled Blast Of Video Game Blogging Fun (By: @marokai)

Marokai made up for lost time by reviewing every game, seven in total, he has completed since his last blog on Giant Bomb.

danielkempster details his time with Tomb Raider (2013), and reasoning for balking at the Sonic Adventure franchise, over here.

Gravity Rush Remastered Is A Flawed Gem And One Of My Favorite Games Of Recent Years (By: @bigsocrates)

Can a game be flawed, but also one of your favorites in recent years? BigSocrates explains why he feels that way about Gravity Rush Remastered.

Dropping Third-person View From Survival Horror And Other Games (By: @ezekiel)

Ezekiel extrapolates why the recent trend of dropping third-person view from survival horror games, and games in general, frustrates him to no end.

A new month means BlackLagoon is back with a convenient list of every game set to release on the PlayStation Vita this month.

Generic_username is on a quest to be able to speedrun Super Mario 64. Discover why and how his effort is developing in recent days.

Games To Play With Wife Watching (By: @seriousbug)

SeriousBug's wife loves watching him play video games, but they need YOUR help in selecting the next game they enjoy together!

What is your gut reaction to Netflix's announcement of a Castlevania animated TV Show? Share your fears and desires for what I can only imagine will be a colossal train-wreck.

Is The Start Of 2017 Shaping Up A Bit Too Well For Games? (By: @nietzschecookie)

What games from the first quarter of 2017 are you most excited about and cannot wait to play? Vote and discuss your picks over here!

Have tried out Nintendo's latest mobile offering, and the Fire Emblem's first foray into iOS and mobile? If you have feel free to share what your experiences with Fire Emblem Heroes has been like.

Twenty-six years ago Street Fighter II came out in arcades! Share your first experience and/or impression with the game among other nostalgic users.

In Your Eyes, Which Fighting Game Franchise Is The Definitive #2 In The Genre? (By: @liquiddragon)

Speaking of fighting games, which fighting game franchise is the definitive #2 in the genre? Join our discussion and poll as to which series you think can tango with Street Fighter.

Did you have the chance to tinker around with the open beta for For Honor? If you did, share your initial impressions of what you played over here.

Favorite Shotguns In Games (By: @psykhophear)

Ranging from Doom to Left 4 Dead, Psykhophear created a list annotating what are his favorite shotguns in video games!

Giant Bomb moderator examines how Zelda's characterization has evolved throughout the franchise which bears her name from beginning to end.

Halo Wars is set to have a definitive edition released soon, and you can read why some think it is worthy of such treatment on our massive wiki page for the game. 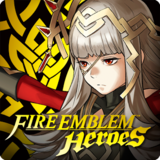 Fire Emblem Heroes is the first mobile game in the Fire Emblem series. Releasing in 2017 as a free-to-play game starring heroes from all Fire Emblem titles.