As one era ends, a new begins.

Hello everyone, and welcome to another edition of the Giant Bomb Community Spotlight! I, @zombiepie, am once again honored to be your host as we look back at the best creative offerings from the community! That said, we do need to talk about Extra Life 2020 as the event was a massive success! Despite the current pandemic, the community as a whole raised over $200,000 for various charities and there is still more to come! If you follow me on Twitter, @GBDudersFeed, then hopefully you enjoyed the deluge of Tweets I published reminding everyone to support all of our non-staff Extra Life team members! But, be aware! Dozens of users and staff members plan to host their Extra Life streams in the weeks following Extra Life's big "Game Day" so be on the prowl for more content in the coming weeks and months!

However, there's no denying that the big talking points this week involved the launch of the PlayStation 5 and the Xbox Series X|S. Various members of the community have put both consoles through their paces and shared their experiences with either on the forums. If you bought either console, or possibly both, feel free to join the rest of the community in sharing your impressions! With that in mind, let's jump into the site-related housekeeping!

wow is this real???? pic.twitter.com/Y7GsyzsBjv

I thought that tearing down the studio would be the hardest thing...but I was VERY VERY wrong pic.twitter.com/5Jj2VUquys

Giant Bomb - Tear Down the Studio and Chill Timelapse (By: ylthallynon)

Did you want a time-lapse video of Jan tearing down the old Giant Bomb studio? Whelp, over on YouTube, ylthallynon has you covered! Give it a watch and marvel over Jan's physical fitness!

Remember when PAX & GDC had GIANT HAMPSTER BALLS for playing VR games? Well, the VinnCo Archive YouTube account found the Bombcast discussion about that crazy endeavor! Give this blast from the past a listen!

Our PS4/PS5 Marvel's Avengers online community has another update for anyone playing the game on the PS5! Catch it and learn how you can play the game with other Giant Bomb users!

If you want to join a community Apex Legends club, here's the link for you! All playstyles are welcome! Beginners also welcome! Read the thread and post a comment if you are interested in joining!

In light of the addition of clubs, Giant Bomb's community Apex Legends meetup thread has been revived! If you are interested in playing a match with another Giant Bomb user, then this is the thread for you!

morecowbell24 has done something few Souls fans would consider doing: they wrote a blog listing their top 100 Souls boss battles! See which battles they think are the best of the best, be they from Demon's Souls, Nioh, or Bloodborne!

Friend of the site, LtSquigs, is one of the most ardent supporters and defenders of the Cold Steel franchise you'll find on Giant Bomb, and they share some "parting thoughts" about the series after sinking well-over 400 hours into it.

Very Early Xbox Series X Impressions. It Feels Like The OG Xbone To XBONEX Upgrade, Though Not In A Bad Way +

The Nature Of The New Consoles And Backwards Compatibility Has Destroyed The "Need" For Filler/Shovelware At Launch (By: @bigsocrates)

bigsocrates was initially skeptical about their purchase of an Xbox Series X, but writes on why they already feel like they have plenty of things to play on it, despite it feeling more like a console refinement than a total upgrade. Likewise, bigsocrates uses an earlier blog on the site to share why they think features and backwards compatibility has eliminated the need for console launch game shovelware and "bloat."

A Queer Deaf Dinosaur Offers Her PlayStation 5 Impressions: Day One Edition (By: @hunkadunkasaur)

Hunkadunkasaur got their PS5 yesterday and shares their first impressions of the console, including the set-up process, on their latest blog on the forums! Give it a read using the link and think about writing your own blog if you also bought the console!

To Nioh-phytes: Yo' Guide to Yokai (By: @mento)

As to be expected, Mento has a bevy of blogs this week for you to enjoy. First, their latest "Indie Game of the Week" blog is all about the 8-bit puzzle platformer, OneShot! Give their blog a read to learn why they think it is an experience one should not avoid! Second, Team Ninja and Koei Tecmo's Nioh 2 has absorbed almost all of their free time in November and you should read their geek out session on why the game's mechanics and world have them hooked.

On a whim, denisstephens bought Diablo III: Eternal Collection of the Nintendo Switch. Read why they consider the port an overall "success" despite some occasional hiccups here and there.

danielkempster takes to Giant Bomb with a blog about Dead Space and their quest to get the "definitive" experience in the game. To HD or not to HD; that is the question!

Strats For Nabbing A Xbox Series X Today Or A PS5 Without A Pre-Order (By: @robertforster)

We have a ton of users that weren't able to pre-order a PS5 or Xbox Series X/S and they want YOUR SUGGESTIONS on what they should do to get a next-gen console! Should they stay away from eBay? Should they try to buy consoles in-person?

If You Plan On Buying A New Console What Are You Going To Do With The Old One? (By: @bigsocrates)

To those of you planning on buying a PS5 or Xbox Series X/S, what do you plan to do with your old game consoles? Vote for and discuss your plans with the rest of the Giant Bomb community.

On The Cusp Of The 9th Generation, What Are Your Thoughts On The 8th? (By: @bigsocrates)

Now There's An Nvidia 3080Ti Apparently Coming Out? (By: @rorie)

The NVIDIA GeForce RTX 3080 Ti is apparently coming out in January 2021! Are any of you excited? Is it the card to get in 2021? What does this say about the prospect of making a new PC?

Have any of you checked out Assassin's Creed Valhalla? If you have, use the link below to join Giant Bomb's community discussion about the game! Is it a great Viking themed romp, or more of the same AC formula?

The Giant Bomb "Wrestling Game Thread" wants you to join its discussion about the recently announced AEW game! Are you hopeful about a modern No Mercy-styled wrestling game?

How would you rate the download speeds for the Epic Game Store? Most of the community feels like the Epic Games marketplace is notably slower than Steam and GOG. That said, how do you feel?

Are We All Comfortable With The Lifespan Of SSDs In The New Consoles? (By: @arjailer)

Here's an interesting discussion thread on the forums: is everyone comfortable with the known lifespan issues of SSDs with the new consoles? Are there any Xbox Series X/s or PS5 owners concerned about them failing prematurely?

The Giant Bomb forums now have a tribute thread to the man, myth, and legend: Alex Trebek. Share your thanks for their years of television entertainment and memories using the link below!

Game Worlds that Deserve to Be Revisited (By: @sparky_buzzsaw)

This week Sparky_Buzzsaw started exploring game worlds that they think deserve fresh new stories and characters. Also, feel free to contribute your own ideas and they'll add them.

frontman12 caps off their list retrospective on the best games they have ever played with an annotated list of their favorite games from the 1990s! Check out which games from the decade they still enjoy playing!

Something that is not currently on our wiki page for the next generation Xbox consoles: please, do not blow vape smoke on your Xbox Series X or S!Additionally, please be aware the Series S will NOT be getting its own platform page despite its inherent differences to the Series X.

Quick note, the discless PS5 is not going to be something we recognize in the title of our wiki page for the PS% like the Series S. Also, the digital only version does not warrant its own platform page. 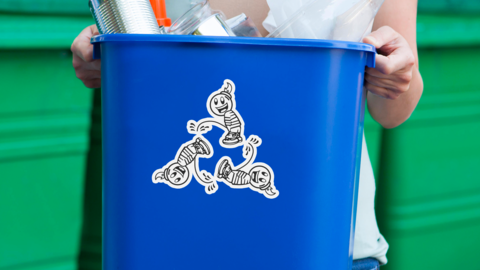 Assassin's Creed Valhalla is an entry in Ubisoft's long-running franchise, continuing the more RPG-focused formula of its predecessors and setting the story during the Viking Age.