After a brief hiatus, The Community Spotlight is back to put a bow on all that Game of the Year nonsense.

Well a lot certainly has happened since our last episode. After a brief hiatus to make way for Giant Bomb's AMAZING 2016 Game of the Year content the Community Spotlight is back in action! As you may anticipate, we have a ton of user created blogs and lists worth checking out this week. In light of that, let's just jump right into the site related housekeeping:

Mepsipax went ahead and compiled damn near every hilarious folly Brad and Dan had in Hitman last year onto one amazing video.

Aska did a bang up job in hilariously animating Vinny's "fireboylt" pronunciation saga. Aska also provides some interesting insight on how he created this animated rendition of the "Fireboylt Incident."

Some people draw Alex because he is their "spirit animal." Others draw Alex for the hell of it. I'm not sure which of those two inspired mathey to draw this. Why not ask him yourself?

The official list of Giant Bomb community Tap Titans 2 clans has been updated!

Shindig has been playing Championship Manager: Season 01/02 religiously for 15 years! Learn about his latest folly with the game, and why he still plays it.

Part two of LawGamer's long journey into Final Fantasy XV gets frank about Cindy, as well as the game's touching depiction of camaraderie.

Fried Flounder: Virtual Reality Is Being Marketed Poorly (By: @theflamingo352)

In response to recent events TheFlamingo352 discusses why he believes virtual reality platforms are being marketed poorly, and this hurts everyone involved.

Hook, Line And Tinker (Or How I Discovered I'm A PC Gamer At Heart) (By: @big_denim)

Big_Denim is in the process of making a new PC from scratch! Check out how the first phase of making it has gone, and how this has rekindled his love for PC gaming.

After months of hemming and hawing BizarroZoraK finally put his overall thoughts pertaining to Fallout 4 into words.

recroulette mixed things up today and annotated his ten favorite video game songs from 2016 over here.

danielkempster continues his effort to complete the Nuzlocke Challenge in Pokémon Sun! Read about his progress and the challenges he recently faced.

Titanfall 2 Is One Of The Most Balanced And Yet Unbalanced Games I've Ever Played (By: @spaceinsomniac)

SpaceInsomniac comments on why he finds Titanfall 2 to be "one of the most balanced, and yet unbalanced games" in regards to its multiplayer experience.

When You Walk Through the Gotham, You Better Watch Your Back (By: @darth_navster)

Darth_Navster extrapolates why he found Batman: The Telltale Series to be an inconsistent, but interesting game.

Dota Character of the Year (By: @onemanarmyy)

Onemanarmyy felt inspired to award a "Dota Character of the Year." See if you agree with his selections.

Mento's embarked on a slate of new features for 2017, which his "all-new" Saturday Summaries conveniently aggregates. As well as playing Uncharted 4, he found the time to consider his PS2 library, get irritated by the end-game of Flywrench and discuss the upcoming Awesome Games Done Quick charity streams via his wiki work in preparation for the event.

My 2016 Game of the Year: Tokyo Mirage Sessions #FE (By: @generic_username)

Tokyo Mirage Sessions ♯FE is Generic_username's 2016 GOTY. Check out the reasoning behind his choice, and why he feels so steadfast about it.

Moderator ZombiePie comments on why Final Fantasy IX's biggest weakness is its need to pay homage to its namesake, Final Fantasy.

Are you excited for the games coming out in the first months of 2017? Share and discuss what you are itching to play in the coming months.

What's One Thing That You Wish You Could Bring Back From The Gaming Industry That Is Missing Today? (By: @jec03)

What's one thing that you wish you could bring back from the gaming industry that is missing today? Be it passwords, manuals, or cheat codes; share and discuss your pick over here.

Want to join our discussion about "Glittermitten Grove?" Discuss how you have helped "faeries" harvest berries and what tips you have for accomplishing this.

Games That Have A Good Winter Atmosphere (By: @jec03)

Which games have best utilized winter weather to establish mood and tone? Share and discuss your nominees for creating a winter wonderland.

Top 10 Games of 2016 that I ended up buying but haven't gotten around to play yet (By: @darkbeatdk)

These three user lists all share a similar theme: games from the previous year and beyond that they didn't get around to yet. Which of last year's games are you all hoping to try out this year? Be sure to knock together a list if there's more than a few.

In this first episode of Guilty Treasures Danny interviews Jeff about a Japanese mech game that he’s loved since first playing it in the early '90s. 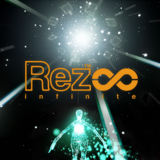 A new version of Rez released first on PlayStation 4 with PSVR support, later released on PC and alongside the Oculus Quest 2.